These people are weird, but we like to find out what weird people are doing and thinking. It's a hobby.
Post Reply
130 posts

Jacob's being productive (and back living in DC):

I was curious to see whether there was any activity on the predator front. I found this Arlington Now article, which says that Wohl and Burkman are posting flyers on Wilson Blvd., the main drag in Arlington, VA.


A pair of political hucksters is behind flyers posted along the Wilson Blvd corridor promoting a To Catch a Predator-like YouTube video series.

The series was announced last month by Jack Burkman and Jacob Wohl, known for telling wild tales that later turn out to be false, often holding press conferences outside Burkman’s Rosslyn townhouse as part of their publicity campaigns.

(Burkman’s local notoriety includes being banned from holding press conferences at a Rosslyn hotel, having police called on one of his townhouse press conferences after protesters and hecklers showed up, allegedly staging a fake FBI raid at his house, and getting shot in a Rosslyn parking garage.)

In videos posted to YouTube, the duo purport to lure government officials to a home in order to engage in sexual activity a woman posing as a teen girl. Parts of the series appear to be filmed in Rosslyn.

The flyer, shown above, highlights one person who was featured in the pilot episode, said to be a former Trump campaign field director who later received a political appointment to a federal agency.

The flyer claims there is an “ongoing investigation by Arlington PD into his solicitations for sex with decoy posing as an underaged teen girl.” ARLnow is not naming the individual because there is no indication that he is accused of a crime by an actual law enforcement agency.

“This is not a flyer created or supported by ACPD,” said police department spokeswoman Ashley Savage, asked whether such an investigation was underway.

“As always, we would encourage anyone with information regarding possible criminal activity in Arlington to report information to ACPD for investigation by calling the Emergency Communications Center at 703-558-2222 or 9-1-1 in an emergency,” she added.

The image of the flyer is here: 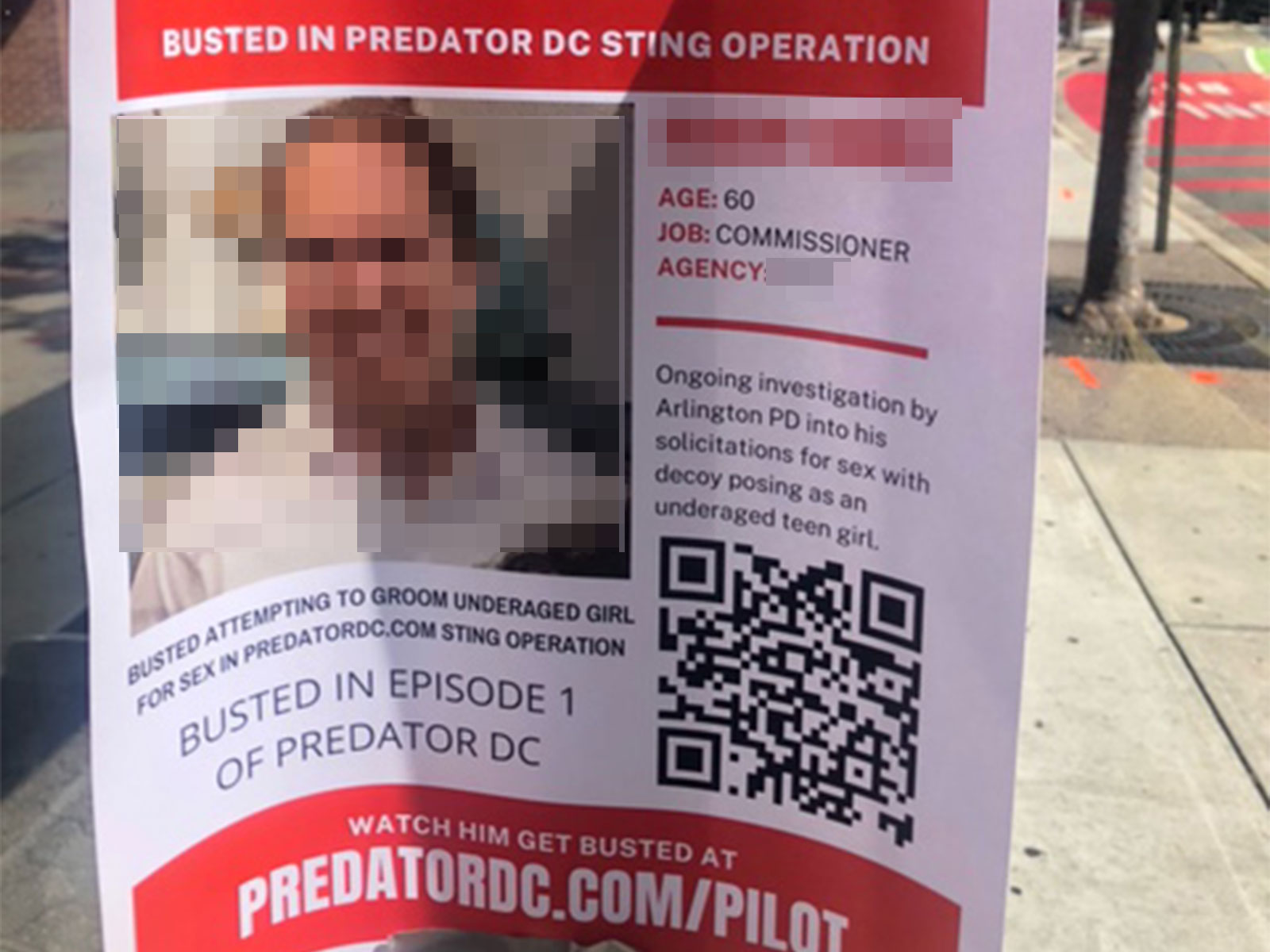 "Hey! We left this England place because it was bogus, and if we don't get some cool rules ourselves, pronto, we'll just be bogus too!" -- Thomas Jefferson

Maybenaut wrote: ↑Fri May 14, 2021 9:20 am where is all this money coming from? Wohl’s daddy has money, and Burkman’s townhouse in Arlington didn’t come cheap.

I think Burkman is a trust fund baby,


He’s from Swissvale, PA. I don’t think there are any trust fund babies in Swissvale. Small blue collar town outside Pittsburgh.

Triangle bar is cool, though. Famous for their subs.

Dollars to donuts both of these creeps probably have some Jewish genes in their DNA.

I think we all probably do.

I've read that something like 70 percent of those of European descent have at least some neanderthal DNA, so I think that it is a sure bet that most Europeans have some Jews, somewhere in their family tree. Europe had a significant population of Jews far more recently than it did neanderthals.

BTW, I used to work with a guy at NASA, who was an orthodox jew (in fact, he was an ordained, if that is the right word, Rabbi, although he didn't work as one), who would take offense at the term Jewish DNA. He maintained that Jews were not a racial group, but simply a religious sect. After all, while Jews don't actively proselytize, non-Jews can study and become Jews. I, as a white person can't study and become African-American, or Chinese.

Yeah I couldn’t think of the right description. Had surgery yesterday and still on oxycodone so please forgive.

Ashkenazi is probably the word I was looking for. I have seen that on genealogy profiles though it’s probably too restrictive.

Off Topic
Sorry to hear about your surgery, filly. Hoping for a speedy recovery!

We are NOT going back! - Nancy Pelosi
Mood: deciduous

Off Topic
Muchos gracias! It was the unnecessary waiting for the surgery that was the hard part. Didn’t sleep more than 3 hours a night, constantly nauseous, lost 20 % of my body weight. The preop nurse asked if I had slept well the night before because (she implied) I looked like hell. I think I am now going in the right direction.

Off Topic
Hidden Content
This board requires you to be registered and logged-in to view hidden content.


I knew there was a self loather there!

Off Topic
Ack! Filly! What a nightmare!

You should have told us, so that we could all worry about you but we couldn't be there and we couldn't bring you anything you needed and we couldn't give you a hug and basically we're really good at sending love and good wishes for a speedy recovery from thousands of miles away but otherwise we're pretty much useless.

Anyway, I'm being as helpful as I can. Humor is supposed to help, it said. In Reader's Digest.

We are NOT going back! - Nancy Pelosi
Mood: deciduous


And a bunch more. Including statements by himself, including one of his latest telegram posts I’m too lazy to resize to be able to upload. Sorry. It’s hard on the iPad.

And a bunch more. Including statements by himself, including one of his latest telegram posts I’m too lazy to resize to be able to upload. Sorry. It’s hard on the iPad.

Thanks. I don’t take anything at face value.

I wonder why he isn’t in prison.

Well, there's more than a little Jack Burkman in Jacob Wohl, most nights.

I'm okay with it.

Wohl is on this show just starting now. I wonder if he’ll talk about his court date?

I don’t think so because I saw this tweet.

Return to “Other weirdos”