I have an HP 8020 series. It works fairly well, but the ink is expensive.

My biggest peeve is that this model, unlike previous HP models I've owned, absolutely, positively refuses to accept non-HP cartridges.

As others have pointed out, it also won't print all-black if the yellow cartridge is empty.

In the past, I have always been able to print beyond the low-ink warning if I wasn't too concerned about print quality, which was often. Now, it absolutely refused to print past the warning, even though the print quality seems fine.

I recently bought this to replace an older HP printer. That one would at least accept non-HP cartridges.

This will probably be my last HP printer.

The first laser printer I used / worked with was an IBM 3800.

I have a color laser (my second one actually) and I like it. It mostly prints fast B/W though.

Each to his own, I suppose. Over the years I've likey tried just about every printer brand on the market. About 10-15 years ago I bought a refurbished HP laser printer for $125, which lasted about 5 years, bought another and have never looked back. It prints when I tell it to, either from computer or phone, it's fast enough, the quality is very good.

I also have an HP 7440 for large-format work, and the ancient HP Officejet 8500 for general family printing.

Along the say I had some pretty lousy experiences with Epson and Xerox inkjets, so until HP screws up I'm firmly in the HP camp.

Bottle labels? I'll drink to that.

Bottle labels? I'll drink to that.

Seriously.
Shoot 'em on matte polyester, they'll last weeks in the ice bucket without falling off or the print running.

We have used Brother color laser all-in-ones for at least 15 years, monochrome laser printer for 5 before that. We had a workhorse that we used for Dr. Vicklund's PhD, probably went through 10 boxes of paper (boxes, not reams) in the final year of the dissertation. I got a full-ream add-on tray for it that we used for 3-hole punched paper. It started printing cyan over-saturated, but I still think it was a bad cartridge. The new one is slightly temperamental. I still have the old in my home office, and am tempted to get replacement toner and start using it again. That way I won't have to interrupt Dr. Vicklund when I need to print or scan something.

MsDaisy wrote: ↑Thu Apr 21, 2022 11:02 am The entire concept of a printer actually fucking printing when you hit "Print" is a bad joke. My computer has never been able to find a fucking printer EVEN when the bloody thing plugged straight into it! My current POS is an HP Desk Jet 2722 I bought it to plug into my computer so I didn't have to send documents to Pluto and back to get them from my desk to the printer in the next room that at least occasionally will print.

Is there such a thing ANYWHERE that just fucking prints without sending a person's blood pressure through the roof?

not if it's an HP. My LaserJet just decided to stop recognizing my MacBook Pros, which sucks cuz I use that to print out the stuff for my podcast

As for me using an ink-jet instead of a laser. The last time I bought a printer I think the amounts were significantly different maybe. IIRC, I was also thinking about printing photos more often, which I ended up not doing of course. As it is, ink capacity does not mean much to me. They dry up before I use them up.

Even working from home, I don't use it all that much (a bit more recently due to a confluence of events). At times, it drives me nuts but that is more from getting the scanner to work or some other odd issue that has me updating the IP address of something. I actually used it to fax for the first time a few weeks ago (not sending SSN on a form by email).

I have my all-in-one running on a wireless network, which dealt rather well with my new router (not so much on scanning so had to fix things). For my work computer, I have it on USB as it is on the wrong network when I am using VPN and I don't want to disconnect just to print a test copy of something.

I assume an HP OfficeJet 8620 is probably 6-7 years old. It has issues some days but in my last few times printing, it behaved better even with a deadline coming up. Maybe the deadline sensor is broken.

The touch screen may be a bit sensitive. One Thanksgiving morning I was sitting around and then my printer starts going though I did not send anything to it nor was my laptop even on. Turns out a stink bug landed on the touch screen and caused it to start printing test pages. My printer had a bug, literally.

Mine was a Xerox 9700-series which came out a couple of years after the 3800. The one I worked with was sheet fed rather than continuous pin-feed like the 3800. It sure did plough through a box of paper in a short period of time.

"Let us tenderly and kindly cherish, therefore, the means of knowledge. Let us dare to read, think, speak, and write."
John Adams

The first printer I dealt with was the IBM 1403. I kind of miss the heavy metal days...

This thread is bringing back memories of my first dot matrix printer - I can’t remember the details - and printing out my tax return from TurboTax on it. I remember that Form 1040 was printed in graphics mode on the pin fed paper. Dang, I wish I had a list of the printers and computers we’ve owned over the years! I still have my Commodore 64 in a box downstairs.

Had the same problem with HP printers (the scanner function worked just fine) so I grabbed a Brother color laser printer a year ago and haven't experienced any problems.

Problem 1.
Printers not printing when you want them to. Multiple possible causes essentially boiling down to incorrect installation in Windows. Windows has pretty good 'default' drivers for just about any printer you want, but to fully utilize a specific printer's capability you really need to install the printer's specific drivers. (e.g. to print 'booklets' on a Brother printer, you need the correct Brother printer.

Also Windows has recently put up what I consider to be a speedbump in the way. When printing from, say Word or Adobe PDF viewer, you used you hit print and selected the printer, the system print settings dialog would come up which included the settings available in your specific printer's driver, you'd verify the settings and away you'd go. NOW there's a 'simplified' dialog that comes up that doesn't include the driver's settings. You have to find the 'use the system dialog not-a-button' button to get to it. That not-a-button is often scrolled off the screen where it can't be found.

Also, my old HP laser printer worked fine for me every time, but SWMBO's computer would 'lose' it all the time. The printer wanted a fixed IP address which I had reserved in the router and my computer had no problem with that, but SWMBO just refused to remember the address. We were constantly turning the printer off and on to get her computer to reconnect properly.

Problem 2.
Except for the problem above I have had no problem with HP laser printers. EXCEPT that the cartridges are absolutely unobtanium after only a couple of years and as a result cost an absolute BOMB - even non-HP aftermarket barely match spec cartridges. I just can't cope. You need 4 cartridges for a color printer, and after a few years they cost upwards of 200 dollars EACH. You are joking right? No more laser's for me.

Brother multifunction inkjet printers do exactly what they are supposed to do and I am quite happy. Yes, ink cartridges do go up in price as the printer gets older, but no where near what the laser cartridges do. And unlike laser cartridges, they are available in the refurbish/refill after market in quite reasonable quality.

My first one was the CDC 512. Man you should have seen that thing fly when some joker would submit a print job with nothing but couple of thousand page-ejects in it. 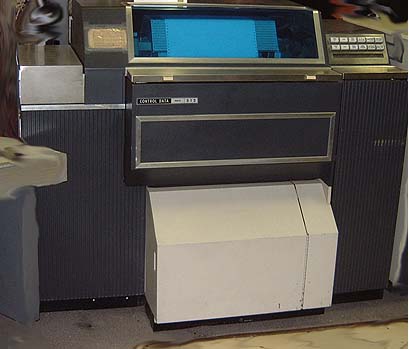 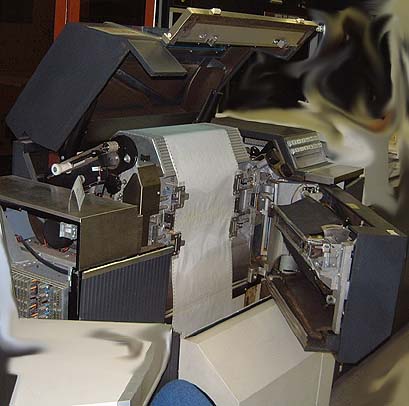 The first printer that I personally owned was an Oki Microline 82A - back in 1981, when I was in grad school part-time while working.

realist wrote: ↑Thu Apr 21, 2022 5:40 pm Each to his own, I suppose. Over the years I've likey tried just about every printer brand on the market. About 10-15 years ago I bought a refurbished HP laser printer for $125, which lasted about 5 years, bought another and have never looked back. It prints when I tell it to, either from computer or phone, it's fast enough, the quality is very good.

HP printers used to be pretty well regarded, and old models are still chugging along. They have slowly been getting worse over the last decade or so though. To compensate for flagging sales they have both lowered the quality and dug in on DRM and 'phoning home'.

Heh. A little off topic, but over the last couple weeks I've been reading and searching to see what it would take to cobble together a working LSI-11 based system. No real professional goal, just a desire to tinker with some old hardware.

IIRC, the IBM was not capable of doing graphics and fonts on the printed output, but the Xerox 9700 was. One of my tasks was to try and use the forms generation capability to make our invoices and reports look nicer... They had a nifty little programming language that would do that. Management was mightily impressed when a couple of the key reports started looking like something we would expect today. They especially liked the company logo on the upper right of each page. 40 years ago, it was quite an effort to get a digitized version of the logo.

I always loved watching the covers raise on the 1403 when it ran out of paper. And I remember hearing from the operators about what a disaster would be if a seal on the hydraulic paper advance system would fail, because it would dump (IIRC) 8 quarts of oil down into the plenum under the raised floor, and the facility would have to close while they cleaned it up.

Some of the first programs I ever wrote were Fortran programs written at USC in 1976 were to generate banners on the fanfold paper, one letter per 8 1/2 x 14 page. I still have a couple of those signs somewhere in the files.

If you watch the video, you'll see the printed output slowly growing from left to right across the page. There's a brief sentence fragment at the very end where it shows they're doing exactly what I thought: they're running a program that prints powers of two. Another one of the early Fortran programs I wrote in that USC class was to do exactly that -- using arrays to handle all those digits to calculate numbers larger than the 32-bit built-in data type.

BTW, in case Foogy is reading this, I should point out that the USC class was for high school students. I became a proud Bruin/Cal Bear the year after and normally don't discuss this moment of secret academic shame.

This is a surprising thread. I thought the title said it all.

Return to “Computers and Internet”