Good times. After all the RWNJ whining about Jack at Twitter, now that there's a new CEO even more of the monsters are getting the ban hammer. Oops for them.

A few days ago, it was the noxious Matt Couch, pal of Ali Akbar. Juanita Broaddrick was OUTRAGED!


Gosh, why would quoting "Dr. Zev" calling the FDA a murderous whorehouse cause one to get banned?

And Jim Hoft of Gateway House of Boys -- didn't know they let him back on, suspect he snuck on. Think DC Patriot is Matt Couch's blog so will have to keep an eye on that to report.


Always recommend they demand that Twitter provide a refund of all the money they paid them.

Now they can get on GRIFFTR so why do they care when there's such a fabulous alternative?

Unfortunately, the Ammon Bundy parody account has been suspended.


Conservation is what conservation does and it sure ain't preservation.

Nut jobs get suspended from big social media outlets which leads to:
1. Nut jobs scream censorship and vow to crush said media outlets with their incredible, conservative versions to which all patriots will flock. The only problem will be handling the massive onslaught of new followers.
2. The conservative versions face plant, if they're able to get off the ground at all.
3. Repeat steps 1-2.

Funny how that plays out.

Here's a Wikipedia page with notable Twitter suspensions, it's cool.

Golly, I haven't been suspended since the last time I called Tomi Lahren a bimbo.
You can't suspend me, I'm your boss.

Are you really anybody on Twitter if nobody has an account under the name of your cow?

Is there a @FoggysCow out there in the real world, on the planet Earth? No, there is not.

Nobody wants to pretend to be my cow, boo hoo.

This is not a request, only an idiot would have an account in the name of my cow, and I can't really cry about it until the cows come home, because I DON'T HAVE ANY COWS.

I do, however, have a lovely young lady cat named Ms. Peanut J. MooCow, because she's the spitting image of a Holstein no really. Don't create @FoggysKittehMooCow either.

Don't do anything crazy.

Don't know who Julian Conradson is, he must be Jordan "spunk log" Conradson's brother or something.* Yet another boy at the Gateway House of Boys. And guess what -- he's ANGRY!


YouTube Bans Steven Crowder From Posting For The Remainder of The Year After Issuing a Completely Undefined “Hate-Speech” Violation
By Julian Conradson Published December 16, 2021 at 4:30pm

This week, conservative comedian Steven Crowder was informed by YouTube that his extremely popular channel – with over 5.5 million subscribers – will be banned from uploading any new content on the platform for the remainder of the year. On Wednesday, without any explanation other than arbitrarily claiming that Crowder somehow violated the Google-owned platform’s extremely broad hate-speech policy, YouTube issued his channel a hard strike without providing any specifics at all – the only information was the name of the video. The video that triggered the punishment was hilariously titled: “The Left HATES Elon Musk Because He’s TOO Based!” It has since been removed from the platform.

Who knows specifically what was said to garner YouTube’s woke wrath. It’s likely that YouTube doesn’t even know; their all-encompassing policies are designed to be vague in order to lump anything they don’t like into the ‘hate-speech’ category. As Crowder called it, the policy is a “catchall.” The strike is Crowder’s second on the platform within the past 90 days, which comes with a 2-week ban according to YouTube’s policy. If he were to receive a third strike within 90 days after his forced hiatus, his channel will be permanently removed in accordance with the policy.

Crowder announced the news on his Wednesday show:

“Last night YouTube sent us the second channel strike, so this is going to prevent us from streaming on YouTube for the rest of the year.” As usual, they did not provide any details for the suspension. It’s one of those things where we could say, we could guess…I mean, take your pick.”

As for now, Crowder will not be able to upload anything or live-stream his daily show – Louder With Crowder – on the platform until at-least December 30th. Thankfully, there are alternatives. His content can also be found on BlazeTV and of course, live on Rumble.

And here is a video of Crowder making the announcement on his daily show. You can bet that YouTube will be hearing from Crowder’s half-Asian lawyer Bill Richmond

We're striked and off of YouTube but you can still watch the full show live on @rumblevideo (https://t.co/oHU5todRqF) and on #MugClub pic.twitter.com/qEObZGL82s
— Steven Crowder (@scrowder) December 15, 2021

As big tech giants continue to ramp up their dystopian censorship efforts – alienating their users in droves – other platforms just keep growing stronger by the minute.

YouTube’s largest competitor – Rumble – has been able to capture a massive 15% market share in the US over the past year, and continues growing at an extraordinary rate. Thanks to their steadfast promotion of free speech and commitment to staying away from arbitrary censorship, the underdog platform has been able to file an IPO on the NASDAQ stock exchange – and that was before the company had even announced its new partnership with Trump’s Truth Social. So, go ahead, keep shunning and ostracizing your users and content creators, YouTube. They will all find a happy home soon enough. 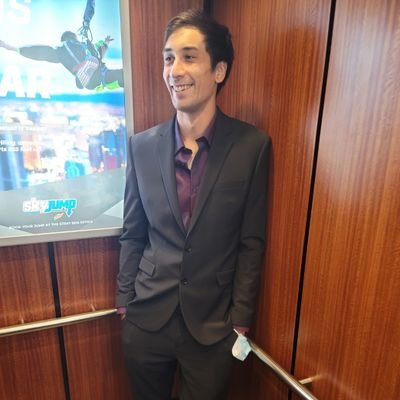 The funds from this campaign will be received by Julian Conradson.

TAKE YOUR COUNTRY BACK! #TYCB

ACLF is launching the Save America Project in support of The Donald J. Trump Save America Campaign so we can create a NATIONWIDE COALITION THAT PUTS AMERICANS FIRST.

and die" for denying the massacre in Butcha.

i should have posted "Eat

I was suspended for that very quote a few years ago but it was directed toward the AL gov and the anti-abortion bill she signed. Good to know I'm in good company.

Return to “Religion and Politics”