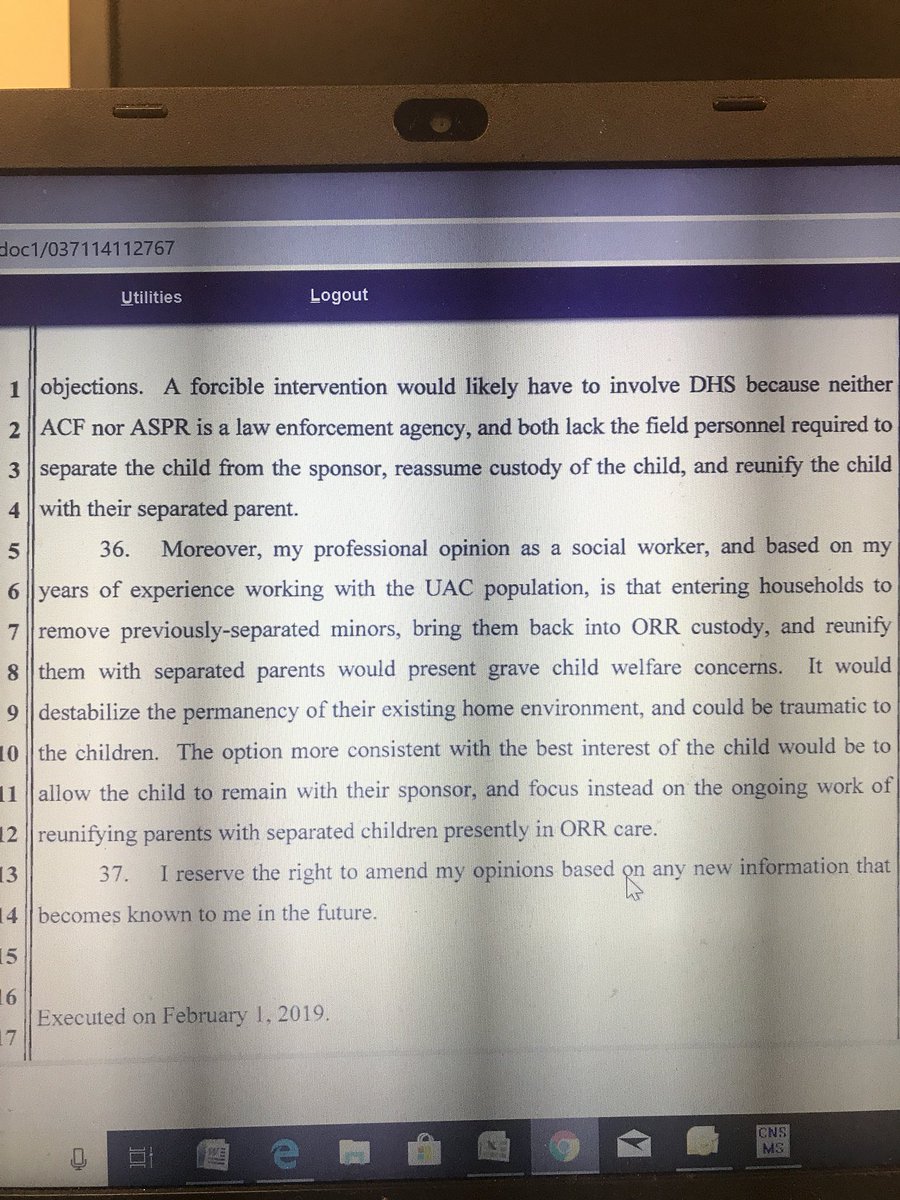 Is this now the legal way in the US to traffick foreign kids to Americans (likely with proper Christian values)? How about all these illegal aliens becoming properly adopted US citizens down the time line? What's different that having anchor babies?
Top

Last surviving prosecutor at Nuremberg trials says Trump's family separation policy is ‘crime against humanity’
He asks: 'What could cause more great suffering than what they did in the name of immigration law?'


Immigrants housed in a federal detention center in Texas were fed frozen sandwiches, cold burritos and potato chips, and detained children and young mothers have complained of hunger to visiting attorneys.

Details gleaned from government procurement data reflect what a nutritionist and two doctors described as a highly processed, unhealthy menu for families held in five detention centers operated by U.S. Customs and Border Protection in Texas. Breakfasts consist mostly of cereal bars, lunches of ramen noodles or bologna sandwiches and dinners of microwaveable burritos and chimichangas. Some healthier items, like oatmeal, applesauce and peanut butter, are also listed – but in much lower quantities.

Contractors that serve the centers are seeing increased revenue this year. Jesco, which provides other services in addition to food and beverages, has done 26 transactions worth $5.1 million thus far in 2019, including janitorial services, preventive maintenance and fencing construction. Last year, the company had $4.2 million in government contracts; in 2017, it was $3.9 million.

Another company, Deployed Resources, of Rome, New York, has 2019 contracts worth $52 million, up from $3.8 million last year and $26.3 million in 2017. In addition to feeding detainees, the company provides such services as equipment leasing, building installation and temporary housing. A co-owner of Deployed Resources hung up on a Bloomberg News reporter when reached by phone.

A: Which led to family separations

H: Yep. Just like when a citizen gets a DUI

A: Seeking asylum is legal

H: They should go to ports of entry

Are US citizens not protected by Constitution and laws from unlawful arrest and detention? Is the CBP permitted to snuff these rights?
Top

‘Do you know any 3-year-olds that are criminal or national security threats?’ — Rep.
@tedlieu
had Border Patrol officials watch powerful footage of what the separation policy is doing to real families

A three-judge panel for the 9th U.S. Circuit Court of Appeals in San Francisco dismissed a challenge to a lower court decision that authorities had failed to provide safe and sanitary conditions for the children under the 1997 settlement.

The U.S. government had argued that authorities weren't required to provide specific accommodations, such as soap, under the agreement's requirement that facilities be "safe and sanitary" and asked the panel to weigh in. The appellate judges disagreed and dismissed the government's case.

"Assuring that children eat enough edible food, drink clean water, are housed in hygienic facilities with sanitary bathrooms, have soap and toothpaste, and are not sleep-deprived are without doubt essential to the children's safety," the panel wrote.

The “Muslims for Migrants” campaign has already secured the release of six detained parents.

Return to “The Resistance”