For several years the most common warranty complaint on all our cars were related to Synch, and almost always it wasn't something actually wrong but just that the customer didn't know how to work it. It kind of sucked because it still counted against us in most of the places that rate TGW, but I tried to explain to myself that we should have either made it more intuitive or better explained how it worked or both. Small note, if you buy anything with a 10 speed transmission now, one lesson learned from that is the reason why no matter what trim level you have you can (if you know how, ugh) make it display what gear you're in. Its the little victories.
Honorary Commander, 699th Airborne Assault Dachshund Regiment
Deadly Sausage Dogs from the Sky
Top

Little Vic and the Tories.
The bitterest truth is healthier than the sweetest lie.

RAHEB HOMAVANDI/REUTERS
President Trump will today risk trade and diplomatic wars with China and India by banning all oil purchases from Iran.

His secretary of state, Mike Pompeo, is expected to announce an end to waivers to US sanctions on Iranian oil exports.

Eight interim exemptions were announced when the sanctions were reimposed last year: China, India, Turkey, South Korea, Japan, Italy, Greece and Taiwan. The latter three have already wound down their imports but the others between them buy a million barrels of oil a day from Iran.

The move, reported by The Washington Post and Associated Press, will put pressure on the already embattled Islamic Republic but will also cause ructions with Turkey, a Nato ally, and key trading powers such as China.

Meanwhile at the border crossings-

The Border Realities Beneath the Fury
The Trump administration’s hard-line immigration policies, and rhetoric, are straining the daily cross-border existence of those in Cali-Baja.

“Having our borders open and fully functioning is not an option, but a necessity,” Mayor Faulconer said in a statement, when asked about the extensive delays, which he tersely described as having a “negative impact.” The San Diego Association of Governments — a state regional agency — recently estimated that about $7.2 billion in gross output and more than 62,000 jobs are lost annually because of border traffic. And stoppages have only gotten worse this spring with the manpower shortage, which has led to commercial lane closures.

As President Trump renews threats to close the border outright, customs brokers tell me their partners — in cross-border supply chains for aerospace, medical devices and agriculture — are “panicked.” Eduardo Acosta, vice president of a major customs brokerage company, says businesses are facing late fees, contract cancellations and assembly line freezes.“All that adds up,” Mr. Acosta said. “Twenty percent of cargo being laid over every day.” Another executive, Fidel Gutierrez Castro, C.E.O. of G-Global, agreed: “They have us all crazy, making contingency plans.” Places like the El Paso-Ciudad Juárez area in Texas, while not as heavily transited as Southern California, are also reporting disruptions.

Some Americans live in Tijuana for the affordable housing, and work in San Diego for the better paycheck. Many affluent Mexicans send their children to private schools in San Diego County (which couldn’t function without their backing). And Americans go to Tijuana for everything from inexpensive fine dining to affordable elder care. 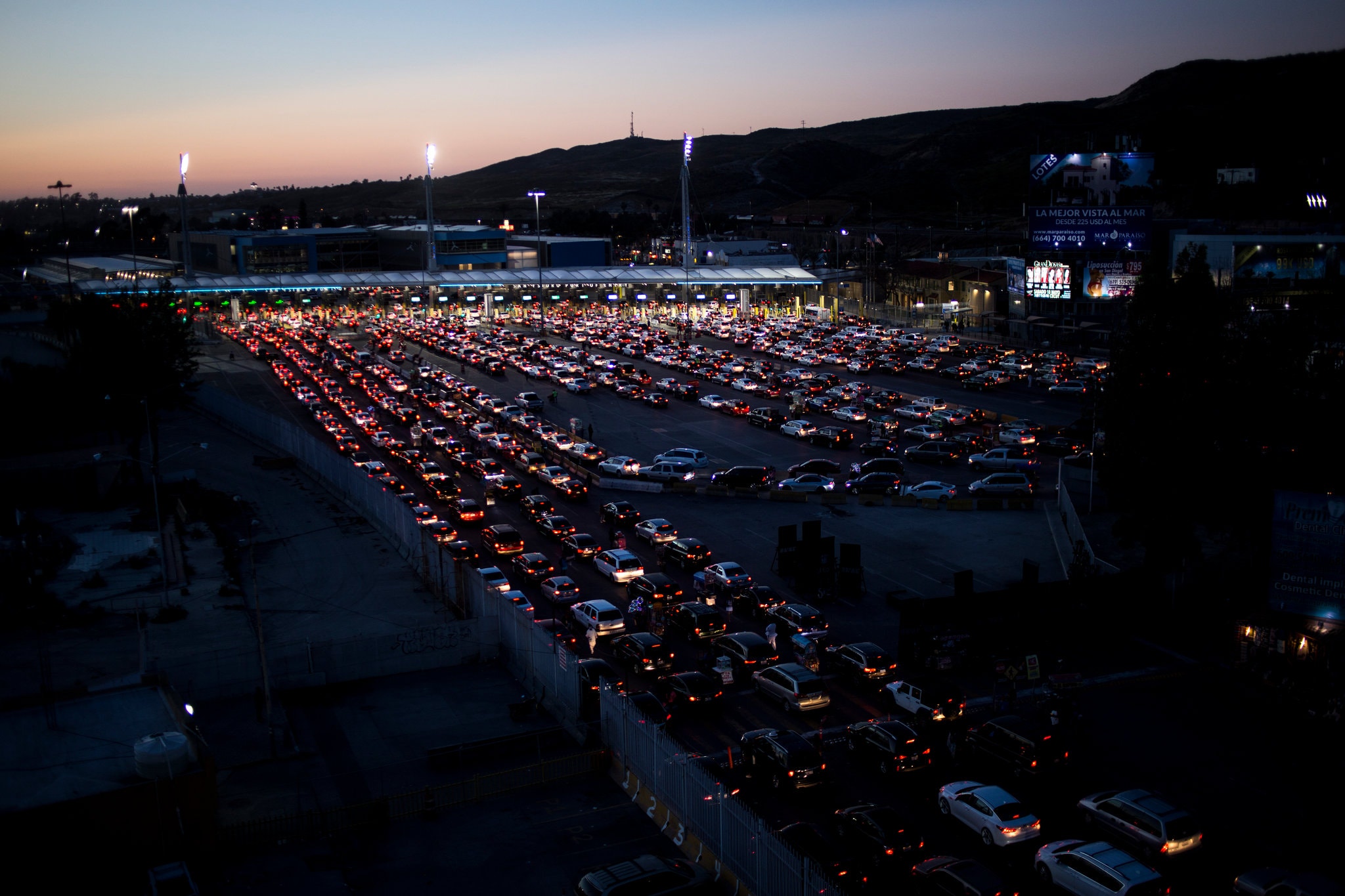 
Trump left our allies at the altar. Now he’s mad they’re moving on.

What a jerk you were to let me dump you.

That’s the message the Trump administration is sending to some of our closest allies and most important economic partners. The most recent target is Japan, whom our U.S. ambassador berated last week for not giving us a favorable deal that Japan actually did give us — before we abruptly ripped it up.

The United States spent eight years negotiating the Trans-Pacific Partnership (TPP). This 12-country Pacific Rim trade pact was partly designed to build an economic and diplomatic alliance that would keep China, which had been excluded from the deal, in check.

But the United States’ objective was also to open up new markets for U.S.-made products, especially U.S. agricultural goods. A 2016 analysis from the International Trade Commission found that agriculture and food would be the U.S. sector that saw the greatest percentage gain in output growth as a result of the TPP.

Will somone explain to the farmers once more what would have been in the TPP for them, maybe just in time for the elections 2020?
Top

Harley-Davidson blamed European taxes on imports of its gas-guzzling hogs for a 27% drop in profits in the first quarter, prompting Donald Trump to vow retaliation against the EU.

“So unfair to US. We will reciprocate!” the president tweeted.

Trump’s support comes after he called for a boycott of the motorcycle company following its decision to move some production to Thailand – a move the company said was necessary to cut costs after the EU slapped tariffs on Harley in retaliation for Trump’s tariffs on steel and aluminum imports.

In a conference call on Tuesday, Harley chief executive Matt Levatich confirmed the company’s performance had been hit by tariffs, both in terms of imported raw materials and on European sales. Tariffs on Harley’s motorcycles have jumped from 6% to 31% and are scheduled to rise again to 56% in June 2021.

“The big impact for us is European Union tariffs,” Levatich said. He added that Harley could not afford its growth potential in Europe to be “hamstrung by incremental tariffs” and described the situation as “unfortunate”.

Levatich went on: “We’re pursuing our strategy to get to the European marketplace through our international manufacturing footprint. Clearly this is an imperative for us as a business and we’ll continue to execute that strategy unless or until circumstances change.”

Levatich said European sales were down 8.1%, while sales to the UK had declined by double digits – a drop he blamed on consumer uncertainty around Brexit.

I've noticed one thing about the market lately. It no longer seems to give a rat's ass what trump has to say about business or trade.

Wonder how much of the change in HD has to do with him going to Green Bay this week? I also wonder if he'll follow through and really do anything.
Honorary Commander, 699th Airborne Assault Dachshund Regiment
Deadly Sausage Dogs from the Sky
Top

Does Harley Davidson have a plant in Green Bay?
Top

IIRC they usedta be headquartered in Milwaukee, but I haven't kept track..
There's no way back
from there to here
Top

Apple production is not coming back to the US

After years of building the iPhone primarily in China, Apple is preparing for a major expansion of iPhone manufacturing in India. Terry Gou, chairman of contract manufacturer Foxconn, says the company is planning to invest $300 million to expand iPhone manufacturing capacity there—with much more investment possible in the future.

Taiwan-based Foxconn has long been the main company Apple has relied on to manage iPhone assembly in China. Bloomberg reports that Apple already has a limited manufacturing presence in Bangalore, producing older iPhones. But now Foxconn will be dramatically expanding iPhone manufacturing in the country, producing the latest iPhones near the southern city of Chennai.

Producing iPhones in India will give Apple some regulatory advantages in the large and fast-growing Indian market. According to Bloomberg, it will allow Apple to dodge 20 percent import duties and enable Apple to open its own stores in India.

Comment: and in a firther step may allow Apple to circumvent US tariffs on China products. IFF those tariffs still remain in effect in a couple of years.
Top

I can’t say that I blame them.
Top

Donald Trump is in danger of losing his favorite trade weapon.

The president argues he is allowed to impose tariffs on other countries' steel and cars because they pose a threat to America's "national security," but that position appears increasingly hard to justify after a bombshell ruling set to be adopted at the World Trade Organization on Friday.

The Geneva-based body will set a very high bar for countries to invoke the controversial Article 21 "national security" justification to impose trade restrictions. Although the decision refers to a Russia-Ukraine border dispute, the implications are likely going to be much wider since it's the first time the WTO has ruled on the powerful security clause.

Trump has become the most prominent advocate of Article 21, telling other countries they can't challenge his steel and aluminum duties (as well as potential auto tariffs) because they fall under the national security exemption.

The WTO ruling, however, sets a high threshold for invoking the security clause. It cites the need for an "emergency in international relations" that must be essentially linked "to the 'hard core' of war or armed conflict." In the case at hand, the judges saw this requirement as fulfilled — given an armed conflict in eastern Ukraine — and allowed Moscow to impose security restrictions against Kiev.

Well, that settles it, we're invading Canada next week.

Am I missing something? Dotus is not pulling out of the WTO ???
Top

I think he has threatened to do so, but he won't because the consequences would be too dire.
Am I being detained?
Top

I think he has threatened to do so, but he won't because the consequences would be too dire.

Senate Finance Committee Chairman Chuck Grassley (R-Iowa) said over the weekend that Congress will not approve the U.S.-Mexico-Canada Agreement (USMCA) unless President Trump lifts tariffs on steel and aluminum, paving the way for the two other countries to nix their retaliatory tariffs.

"If these tariffs aren’t lifted, USMCA is dead. There is no appetite in Congress to debate USMCA with these tariffs in place," Grassley wrote Sunday in a Wall Street Journal opinion piece.

Trump, who campaigned heavily on renegotiating trade deals, is pushing for Congress to approve the USMCA, an updated version of the North America Free Trade Agreement (NAFTA). ...

Trump imposed tariffs last year on imported steel and aluminum against a slew of trading partners, eliciting retaliatory tariffs on American exports to those countries.

"Many Americans have been harmed by retaliatory tariffs. Mexican tariffs on U.S. pork, to take one example, have lowered the value of live hogs by $12 an animal," Grassley wrote, noting the impact on his home state.

"That means jobs, wages and communities are hurt every day these tariffs continue — as I hear directly from Iowans. It’s time for the tariffs to go," he wrote.

Is Hell freezing over

He must be hearing it back home.

Is Hell freezing over


Farmer Income Drops Most Since 2016 as Trade War Losses Mount

(Bloomberg) -- Personal income for farmers fell by the most in three years in the first quarter, as losses to U.S. agriculture mount from President Donald Trump’s trade wars.

The Commerce Department on Monday cited the steep decline in farm proprietors’ income as a key factor weighing on the nation’s overall personal income growth in March, even though agricultural producers represent only about 2 percent of total employed Americans.

The report provided fresh evidence of the growing financial strain on U.S. farmers hit by the trade war, low commodity prices and a series of natural disasters including spring floods in the Midwest. With rural voters a key part of Trump’s electoral coalition, it also underscores the political pressure to conclude the China trade war as U.S. negotiators begin another round of talks in Beijing this week.

One-time subsidy payments from the Trump administration to compensate producers for some of their trade-war losses helped prop up farm income in the previous quarter, but earnings plunged by an annualized $11.8 billion in the January to March period, according to seasonally adjusted data. On Monday, Larry Kudlow, President Trump’s top economic adviser, said the White House is prepared to do more to help agriculture.

Mexico, of course, is already invading us.

Stop by for coffee or a drink on the way through.

Somehow they never make that connection....