Donald J. Trump @realDonaldTrump
The Witch Hunt continues!
Quote Tweet
Joel B. Pollak @joelpollak · 1h
Sekulow's argument is passionate here. He's telling the Senate that if they remove Trump in the middle of an election after his campaign was spied on by the government and smeared for "Russia collusion" (by the House managers) they will be part of something evil #ImpeachmentTrial
2:09 PM · Jan 28, 2020 Sekrit Stuffs!
Donald J. Trump @realDonaldTrump
It’s amazing what I’ve done, the most of any President in the first three years (by far), considering that for three years I’ve been under phony political investigations and the Impeachment Hoax! KEEP AMERICA GREAT!
5:23 PM · Jan 28, 2020 Sekrit Stuffs!
Donald J. Trump @realDonaldTrump
Democrats are now the party of high taxes, high crime, open borders, late-term abortion, socialism, and blatant corruption. The Republican Party is the party of the American Worker, the American Family, and the American Dream! #TrumpRallyNJ #KAG2020
8:37 PM · Jan 28, 2020 Sekrit Stuffs!
Birfers are toast
Top

So, is he so hampered by the "hoax" that it's kept him from doing his job and he deserves an extra 2 or 3 years in office (even if that keeps him in office beyond the 8-year limit) as he's often claimed, or is he such an amazing man that he's been able to accomplish more than any other president during his first 3 years inspire of the "hoax" as he's also often claimed? He really needs to make up his mind.
Ignorance and prejudice and fear walk hand in hand... - "Witch Hunt" by Rush

I almost got fooled by a tweet with a photoshopped "screenshot" from FOX:

Here's what Politifact has to say about it:


Viral image of Trump supposedly going 'ballistic' on Fox is photoshopped
A post recently shared on Facebook claims that President Donald Trump went "ballistic" in a phone interview with the morning news show Fox and Friends. The post displays a photo of Trump, along with...

Ignorance and prejudice and fear walk hand in hand... - "Witch Hunt" by Rush

I would love to see how many states Trump could label if he was handed a U.S. map with states outlined but not labeled.
MAGA - Morons Are Governing America
Top

Darling Ivanka will fill in for him

This level of ignorance is nearly unbelievable.

"To argue with a person who has renounced the use of reason is like administering medicine to the dead." -- Thomas Paine
Top

It’s fascinating to see how his base is defending this latest gaffe. They cite everything possible, from claiming that there’s a Kansas City in Kansas as well as the one in Missouri (so he shouldn’t be expected to know the correct one) to dredging up Obama’s error when he said he’d visited 57 states.

He truly would still have defenders if he shot someone on Fifth Ave. To them, he can do no wrong.

I wonder if he will make Pompeo go to a microphone and declare there would be no Kansas City without Kansas, also while daring the reporters to point to Kansas on a map before he issues a statement that BTW Kansas is not Alaska.
Top

Gotta admit: I made the same mistake a long time ago. I got some cousins who live out there. Got schooled. Fortunately I wasn't the Impeached President of the United States at the time. Close call.

It also took me years to figure out the University of Missouri was the same thing as Mizzou. The first one sounds like an institution of higher learning. The second one is Mizzou.
Top

Hey cut him some slack. I probably thought that Kansas City was in Kansas too, when I was in the 4th grade.
Trump: Er hat eine größere Ente als ich.

Don't tell him that Wake Forest University is 110 miles from Wake Forest, NC.
For more information, read it again.

Hey cut him some slack. I probably thought that Kansas City was in Kansas too, when I was in the 4th grade.

It is. It’s just not the one the Chiefs are in.

Which staffer had the cojones to point out the error of stable genius?
Top

A lot of people don't know this, but Missouri used to have 2 NFL teams.
Top

And (former) Senator Claire McCaskill for the win!

tweet 2.png
You do not have the required permissions to view the files attached to this post.

She must be wrong. 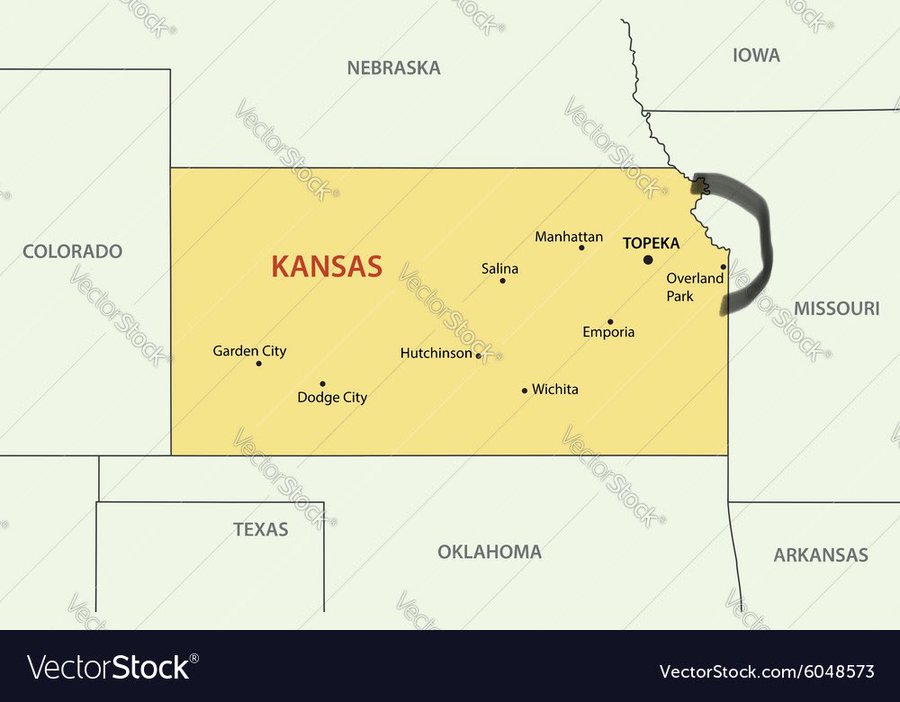 I’m sure many of the Trump campaign donors are from suburbs on the Kansas side of the metropolitan area (Overland Park).
Top

Born in KC, lived there most of my life, had a short stint at the Lake of the Ozarks (7 years) in central MO and moved to SWFL when I was 55 so let me share my expertise that any moron could google in two seconds.

I've met a lot of people who didn't know Kansas City is in Missouri. Also, those people couldn't tell you the capital of Iowa so there's that. Yes, there is a KCKS but it's a very small, mostly industrial, poverty stricken area, something akin to East St Louis.* Like most, the city proper is bordered by multitudes of satellite cities which make up the KC metropolitan area of about 2.5 million.

Kansas City is no Chicago or Philadelphia but it's a beautiful city of rolling hills and fountains, classic architecture, including breathtaking homes mid century 1800s through 1940s. After that, blah. There are lots and lots o'fountains. We have the first shopping district in the world created with automobiles in mind, designed with a Moorish flair and the Christmas Lighting Ceremony on Thanksgiving each year is world-renown. Our history is very interesting, not only the usual civil war battles, but three different western trails began here, the Sante Fe, the California and the Oregon. (Or I should say began in Westport, which has been swallowed up by the City of Kansas and is now mostly an entertainment/hipster shopping district.) Also, we were notorious for gangsters, many well known gangsters came to KC to get away from the heat in Chicago and they were welcomed, and protected by the corrupt Pendergast administration. The famous Kansas City Massacre involving Pretty Boy Floyd was at Union Station and is well documented. The mob continued to thrive well into the 70s when they were blowing each other's bars up in an area known as River Quay (key). One of my schoolmate's father was murdered in a mob hit in the early 70s, and not because he was investigating them.(wink wink) The RQ has since been cleaned up and is very popular for lofts and their farmer's market, now renamed The City Market District (but the mob remains firmly entrenched throughout KC).

Also, and this is fairly new news to me, KC was the adoption hub of the country. Mid 20th century, many unmarried pregnant woman made the long train trip to KC, arriving at Union Station to be whisked off to "The Mansion On The Hill" (a book I've just started reading. I'm an adoptee born in KC who now has no clue where my biological mother was originally from. I'd always assumed it was KC but now who knows?)

So to make a long post short, there's no fucking way trump should have tweeted KANSAS and as for trumpanzees tweeting "But there IS a KCKS so he's not wrong!" Yeah, tell it to the Missouri residents who pay the taxes that support the team and the stadium.

I was almost arrested for rape in Kansas City.

I was driving from Bathysphere, MD to California, and I stopped to visit my cousin Margo, who was studying at the Kansas City Art Institute. We met at a city park with one of the fountains mentioned by Slim in the post above this, and we sat side by side on the edge of the fountain as we caught up on our lives (I was very close to Margo, we were in the same class in high school).

A police car pulled up on the street about 75 yds. away, but nobody got out until a second unit arrived. I didn't know about cops or backup in those days. A cop got out eventually, and came to ask me for ID and related stuff, and of course Margo vouched for me. The cop said I matched the description of a serial rapist (and Margo was a very pretty young lady), but he got back in his car and they both drove away.

My memory of KC MO.
For more information, read it again.