I was being facetious, but yeah. They can't seem to get even the basic details right, but then considering the source, no real surprise.
The fact that you sincerely and wholeheartedly believe that the “Law of Gravity” is unconstitutional and a violation of your sovereign rights, does not absolve you of adherence to it.
Top

Now if I point out to them that Supreme Leader can only pardon Federal crimes, there will be a couple of responses:

"Well, we should fix that so he can pardon anything."

"You are wrong and he CAN pardon him."

I usually just lurk and keep my mouth shut.
I may bring it up just see what reaction I get - I'll probably get ban-hammered at some point.
I once made the mistake of pointing out that Supreme Leader was fooling around with the current FLOTUS while he was still married.
The defense was 'at least he is interested in women, unlike Obama who is married to a transvestite!' with a link to some Facebook page that I never bothered to explore.

This is what we are up against.
Sigh.
==
“They accused us of suppressing freedom of expression. This was a lie and we could not let them publish it."
-- Sandinista state censor Nelba Blandon/1984
Top

And they vote.
Double sigh.
Top

And they vote.
Double sigh.

And they vote.
Double sigh.

Sterngard Friegen wrote: ↑
Thu May 17, 2018 8:45 am
The appellate judges should take their time in issuing a perfect opinion.

And they will. The Florida appellate courts are quite notorious for "taking their time" in the same measure that the defense/appellate attorneys "took their time" to get their shit together.

Trussell's conviction was in June 2016. It took Garcia and Morburger until May 2018 to bring this appeal to oral argument, mostly because they initially dragged feet, then acted to barely beat deadlines, or kept filing for extensions and continuances. And yes, the State filed for a few delays and extensions, but only a few, and only very short term by comparison to the defense. This does not go unnoticed by the appellate judges. Why should they hurry when the defense/appellant showed the opposite of any urgency?

If you look at the opinions of the Florida 1DCA, you'll see that there are cases being decided/(responded to) that are more than 5 years old. The 1st DCA panel will probably give more consideration in terms of timing of their decision than Trussell's own attorneys did, but there's no reason to imagine that they are feeling any pressure to decide this appeal this year (or next).
The love of power will not win over the power of love.
Orlando, Florida 6/12/16
Top

And they will. The Florida appellate courts are quite notorious for "taking their time" in the same measure that the defense/appellate attorneys "took their time" to get their shit together. <snip>


Hello, Paul Lentz. I am happy to see your posts again.

Welcome back. I missed you. Hope all is well.

And it is very fine to see you both, Dolly and Patagoniagirl! All is not well, but all is fine (if that makes sense). Thanks.
The love of power will not win over the power of love.
Orlando, Florida 6/12/16
Top

Paul Lentz! You have been missed.

boots wrote: ↑
Fri Apr 13, 2018 2:48 pm
The funny thing is, there are legitimate legal arguments that can be made here. They are unlikely to succeed (but it's not impossible). But if they do, it will be because of conventional legal analysis and NOT any of the sovcit crap that Ingie and Terry and their hangers-on in cyber-space are likely to credit.

Yes. I agree completely with this. There WERE very legitimate arguments to be made on appeal, because there WERE errors made at trial. However, Garcia's failure to timely object to those errors all but negates those objections.

Trussell could not have done much worse, in my opinion, than hiring a condominium dispute lawyer with extremely limited criminal defense experience (and a penchant for claiming personal illness, inconvenience, and general bullshit, however legitimate, to "support" interminable delays) as his trial defense attorney. He should send Charlie a "thank you" note for the draining of his/his family's personal and financial resources for...nothing. Literally, nothing. Of course, that was Charlie's (as well as Inger Garcia's) aim, in my opinion, and they accomplished it. Trussell is broke and in prison now for more than 2 years (with 6+ years to go). I don't know where his wife might be (and, to be honest, don't care, although I feel sorry for her, but not enough to do anything about it). I don't know what his daughter and her husband are doing within this situation, but I expect that they are ALL suffering more than Terry Trussell, who's got his 3 hots and a cot daily, and his consistent whine about how he's suffering for his patriotism bullshit going.

And I genuinely hope that his wife and daughter/son-in-law have the insight to recognize how much better off they all are without him.
The love of power will not win over the power of love.
Orlando, Florida 6/12/16
Top

Missed you, too, Stern. Thanks.
The love of power will not win over the power of love.
Orlando, Florida 6/12/16
Top

Paul, welcome back, have really missed you.

I think you have some very good points about the trial and lawyers. Now they could have hired Taitz and Klayman, and it would probably been worse, but not much, and the end result wouldn't have changed, other than maybe getting more time.

At this point maybe we can expect a ruling by say 2020?? Maybe??
The fact that you sincerely and wholeheartedly believe that the “Law of Gravity” is unconstitutional and a violation of your sovereign rights, does not absolve you of adherence to it.
Top

I think you have some very good points about the trial and lawyers. Now they could have hired Taitz and Klayman, and it would probably been worse, but not much, and the end result wouldn't have changed, other than maybe getting more time.

Actually, ND, despite the general rule of thumb that an appellant can expect a Florida DCA opinion in roughly the same time it took for his/her appellate attorney(s) to bring the case to oral argument (so, in Trussell's case, about 2 years), I think the 1DCA will actually issue their opinion (and, honestly, I expect it to be a per curiam) before the end of 2018.

There's no reason for me to expect that other than the fact that each Florida District Court of Appeal is evaluated yearly by backlog vs. cleared cases, and this one (based on the arguments actually made --and not the potential arguments I felt could be made) doesn't seem to me to be all that complex.

But, again, in this case the appellant's attorneys made no haste at all in bringing this to oral argument (and, in fact, acted to delay it signigicantly), and it is difficult for me to see any reason (including the "cleared cases" standards) why the 1DCA should bother with an issued opinion any sooner than 2020 (yeah...I think you called it).
The love of power will not win over the power of love.
Orlando, Florida 6/12/16
Top

Do they have work release in FL? If so, he's probably got a better chance of getting that than whatever he's trying to do on his appeal. I expect he would need a few years in without incident to get his classification down to trustee level.
Top

Paul stopped back in.

Paul Lentz, it is REALLY good to see you back and posting.
You have been greatly missed.

FloriDUH has robust work release programs. Bridges of America is one. Many are locally based and diverse as to rules, regs and costs. Inmates usually pay for room, food and transportation costs associated with their participation.
Top

I'm confuseled. Everyone is saying that Paul dropped in, and I've seen his posts, but haven't we been told to never believe anything Paul says?

Finally I can sleep! 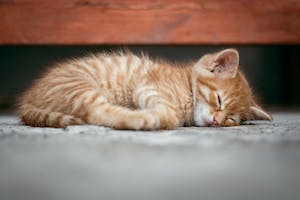