But Sánchez is not from Central America. She is a native of Acapulco — once a beach destination for Hollywood movie stars and other high-rolling vacationers, now a sun-splashed Pacific Coast battleground where rival Mexican factions battle for control of drug trafficking and other illicit enterprises.

She is also illustrative of a relatively new — and, from the Trump administration perspective, troubling — trend: The convergence along the border of escalating numbers of Mexican nationals seeking asylum in the United States.

Word about Central Americans and others gaining U.S. footholds via the asylum process has spread to violence-racked areas of Mexico, prompting many to head north to border towns, from Matamoros on the Gulf of Mexico to Tijuana on the Pacific. ...

The number of Mexican asylum seekers arriving at the southwestern border has been steadily rising in recent months — even as the ranks of Central Americans and others seeking U.S. refuge have slowed in the face of crackdowns and policy shifts in Mexico and the United States.

Mexican nationals now account for slightly more than half of the 21,000 or so people on various asylum waiting lists in Mexican border towns, according to a study last month by researchers at the University of Texas and UC San Diego. A year ago, relatively few Mexican nationals were in the bulging border asylum queues.

“People hear through friends, through social media, through the news that Mexicans can come to the border and get asylum in the United States,” said Gladys Cañas, who heads a nonprofit group aiding migrants here. “Some sell their homes or land to finance the trip, but they end up getting stuck here. So far, asylum is more of an illusion than a reality for many Mexicans.”

President Trump proceeded with plans to designate Mexican drug cartels as foreign terrorist organizations despite pushback from numerous top aides and cabinet members, according to Reuters, citing five people knowledgeable about the matter.

Aides and advisers were concerned that the plan could damage diplomatic ties between the U.S. and Mexico and imperil Mexican cooperation with U.S. efforts to prevent illegal border crossings and drug trafficking.

Some advisers also warned such a move would complicate the Trump administration’s efforts to reduce refugee admissions, as those fleeing cartel violence would now be able to say they were escaping terrorism.

White House adviser Stephen Miller, known as one of the administration’s most hardline anti-immigration voices, was one of the aides who expressed concerns about the designation plan, according to Reuters, although he declined to comment on the record to the news service.


Mexico blocks hundreds of migrants from crossing over the border span

CIUDAD HIDALGO, Mexico (AP) — Mexican authorities closed a border entry point in southern Mexico on Saturday after thousands of Central American migrants tried to push their way across a bridge spanning the Suchiate River between Mexico and Guatemala.

Normally, migrants who want to request asylum in Mexico are allowed to freely cross the bridge. But many migrants prefer to pass through Mexico en route to the U.S., a country that has repeatedly asked Mexico to impede their arrival.

On Saturday, babies cried and tempers flared as hundreds of Mexican National Guardsmen blocked the path of thousands of migrants. Guatemalan authorities estimated 2,500 migrants were on the bridge over the Suchiate, or attempting to get onto the bridge.

As the crowd swelled, amid shoves, Mexican officials allowed several dozen migrants to enter the country in groups of 20, while a voice over a loudspeaker warned migrants against trying to slip into Mexico without passing through immigration filters.

Mexico again finds itself in the role of immigration enforcer as Central Americans desperate for a better life try to make their way north, while Mexico’s biggest trade partner — the United States —insists that Mexico prevent those migrants from reaching the U.S. border. ...

Once in custody, in theory, migrants may request temporary work permits to remain in Mexico. For months, however, non-profit groups have complained that the migrants are instead often returned to their countries of origin. ...

Lourdes Geraldina Jiménez of Honduras also decided to trust in the assurances of Mexican officials as she entered Mexico with a son and another family member. ...

Many of the migrants leaving Central America say they fear for their lives back home, while others say they are looking for better economic prospects.

Here's a twist: 91% of Americans living in Mexico are "Illegal"
https://www.wearelatinlive.com//article ... re-illegal

That means that 91.2 percent of estadounidenses living in Mexico in 2015 were there “illegally”.

And that number has risen. More recent statistics from the State Department report that almost a million Americans are currently residing in Mexico and, of those, 934,698 are there illegally. That's an almost 40% increase in just two years.

Unlike the U.S. however, Mexico does not deport Americans. In contrast, the Mexican government remains much more flexible and understanding towards the growing population of undocumented immigrants from the United States.

I bet most are a positive economic factor. With the exception of those fleeing US cops...

I guess Trump doesn’t use the best contractors after all. 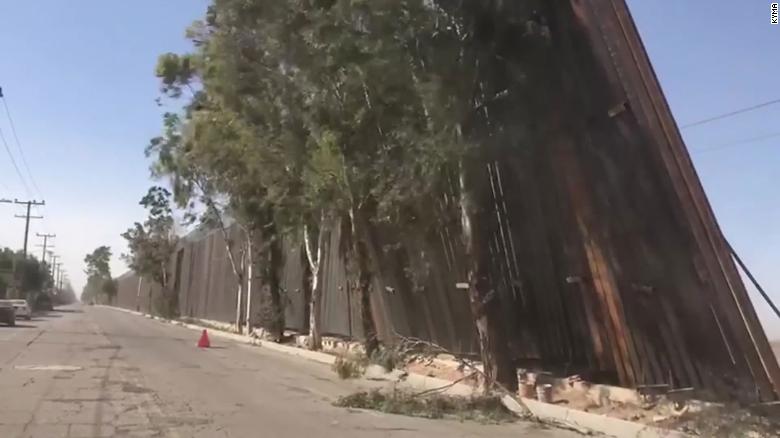 Portion of US border wall in California falls over in high winds and lands on Mexican side
http://www.cnn.com/2020/01/29/politics/ ... index.html
I am not "someone upthread".
Trump needs to be smashed into some kind of inedible orange pâté.
Top

In the things can always get worse category, these bastards.


In Mexico, a cartel is taking over: Jalisco New Generation

MEXICO CITY (AP) — Mexico’s fastest-rising cartel, the Jalisco New Generation gang, has a reputation for ruthlessness and violence unlike any since the fall of the old Zetas cartel. In parts of the country it is fighting medieval-style battles, complete with fortified redoubts, to expand nationwide, from the outskirts of Mexico City, into the tourist resorts around Cancun, and along the northern border.

Jalisco so likes violence and heavy armament that U.S. prosecutors said its operatives tried to buy belt-fed M-60 machine guns in the United States, and once brought down a Mexican military helicopter with a rocket-propelled grenade.

But Jalisco is also mounting a propaganda campaign, using videos and social media to threaten rivals while promising civilians that it won’t prey on them with extortion and kidnappings. It is a promise that cartels in Mexico have long made, and always broken. But Jalisco’s onslaught is so powerful that the cartel appears to have convinced some Mexicans, especially those who are tired of local gangs, to accept control by one large, powerful cartel.

The priest, who is not being identified to prevent reprisals, would rather not have any gang in town. But one of his parishioners was recently kidnapped, raped and killed by members of a local gang, the Viagras, even after her family paid a ransom; locals are so sick of that gang they’d rather have anybody else move in.

"The very least you can do in your life is to figure out what you hope for." - Barbara Kingsolver
Top
Post Reply
507 posts