It's interesting how the meanie greenies don't get out their

sticks in certain threads … clearly some topics are not worth keeping on.

Yup, Jacob Wohl isn't even worth much discussion on a Jacob Wohl thread.
Top

We can start posting more half nekkid pitchers of Jakey if ya like. Y'know, get things back on topic?

Or some smoldering bad boy shots like...
Screenshot_20190419_074924.jpg
You do not have the required permissions to view the files attached to this post.

Yup, Jacob Wohl isn't even worth much discussion on a Jacob Wohl thread.

well, he really isn't if you think about it.

I beg to differ 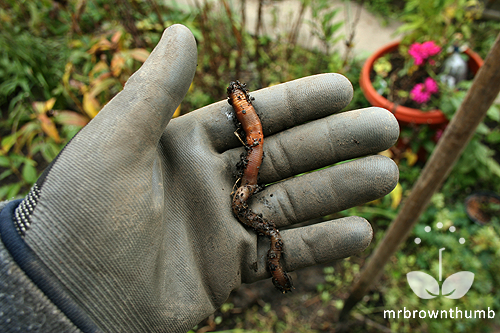 I am intrigued at how he holds himself.
Top

Fine with me, happy easter, bunny!

Thanks Kate, I hated to give it too him too but he's hot.

* ok, orlylicious, I give you one hot. Just one, though.

This is from a site called Hudl, 2014. Think this is him? Big boy. But he's really not aging well, all the lying and hate, just like his Dad. 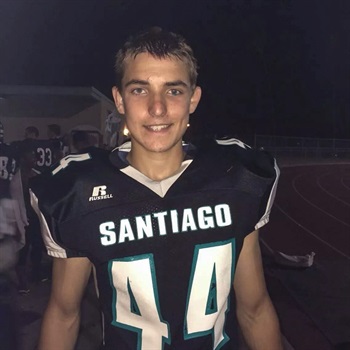 Wait a minute...if Jakey is 6'2", how come he's taller than Trump in that photo?

Trump slouches.
North-land: of the family 10

The really bad photoshopping might have something to do with it. Or maybe it's not photoshop and the disembodied hand is pushing Trump down.
"I don't give a fuck whether we're peers or not."
--Lord Thomas Henry Bingham to Boris Johnson, on being asked whether he would miss being in "the best club in London" if the Law Lords moved from Parliament to a Supreme Court.
Top

JACOB WOHL WITH HIS FATHER AND DONALD TRUMP. (INSTAGRAM/JACOB WOHL)

OCT 30, 2018, 11:27 PM
The greatest grifter story ever told: Krassenstein brother busts Jacob Wohl over Mueller plot
And then Gateway Pundit promoted "exclusive documents" from a company that shares a phone number with...Wohl's mother? It's a lot to take in. <SNIP>

COSTA MESA, Calif. – A false claim bubbled up from the internet last month that Sen. Kamala Harris, the recently announced presidential candidate, wasn’t eligible for election because she had immigrant parents and spent part of her childhood in Canada. The claim, an echo of the “birther” conspiracy that trailed President Barack Obama, was widely debunked but still addressed seriously by mainstream news pundits, including CNN’s Chris Cuomo.

Even better for Jacob Wohl, the 21-year-old Californian who ignited the Harris birther claim with a tweet, some people actually seemed to accept it as fact.
................
Trump has retweeted Jacob Wohl’s praise – of the president’s economy, or just general “WINNING”-ness that the “left-wing media can’t stand” – at least three times. They appear to have met at least once, as evidenced by a photo of father, son and president together, and the younger Wohl says he has spoken to the president “several” times. The White House did not respond to a request for comment on their relationship. <SNIP>

father, son and president together, is a link to: 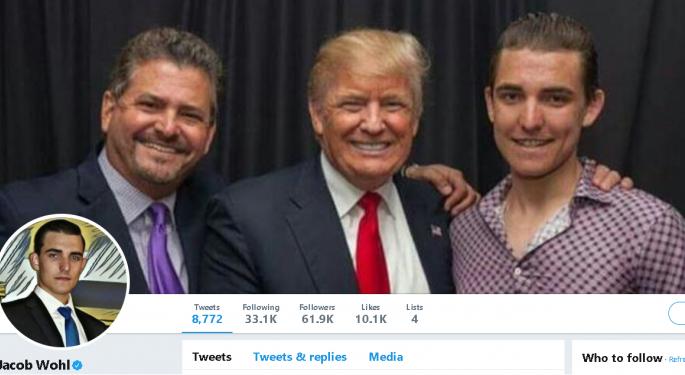 The really bad photoshopping might have something to do with it. Or maybe it's not photoshop and the disembodied hand is pushing Trump down.

The disembodied hand on Individual-1’s left shoulder is creepy.
Top

This is the same way Obama was slightly taller than Trump, despite being 6 foot 1. 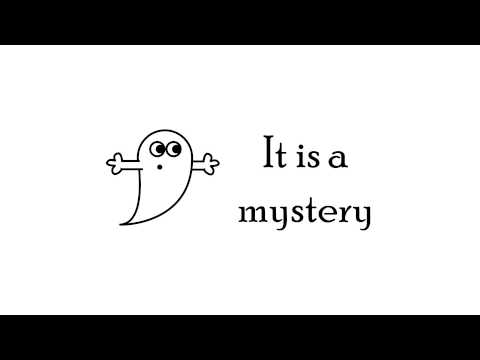 Not sure how to embed it, but Jacob got famous four years ago in high school. No idea what happened to his hedge fund.

A 17-year-old Jacob Wohl, a football and basketball player at Santiago High School in Corona, runs his own hedge fund, Wohl Capital Investment Group. Kacey Montoya reports for the KTLA 5 News at 10 on March 16, 2015.

Jacob and his Dad in their lovely home:

Wow, look how much younger his Dad looked 4 years ago... hate will do it every time.


Jacob Football.JPG
You do not have the required permissions to view the files attached to this post.
#Birther #Grifter #Liar Mike Zullo is Too Hot For TV! And hey, don't miss The Fogbow's Favorite TV Show™ starring the titular Mama June Shannon -- "Mama June: From Not To Hot -- Family Crisis!" New Season in March on weTV!
Top

he got pinched for being a scammer

It shouldn't surprise us now, but he was as good at whatever he was doing (again, flipping houses using money solicited on Craig's List isn't a hedge fund) as he has been at pretty much everything he''s done since. See his little business plan of appearing at Press Conferences to tell untrue stories for the publicity, which leads to part 2 which leads to Jacob rules the World....(still fuzzy on the Part 2 part details), his hugely successful International Intelligence Agency which is going so well, celebrities don't just endorse it, they are involved in the operations, and of course, his collaboration with Laura Loomer to topple the Sharia takeover of America, where the best argument of why he hasn't been charged with making false reports to police is that they're so disgusted by him that they don't want to prosecute because it means they have to bring him back.

Somewhere, there is a prison cell that will one day be his, just a matter of time.
Honorary Commander, 699th Airborne Assault Dachshund Regiment
Deadly Sausage Dogs from the Sky
Top

Surely Jacob Wohl was an underpants gnome in an earlier life.
Top

The fact that you sincerely and wholeheartedly believe that the “Law of Gravity” is unconstitutional and a violation of your sovereign rights, does not absolve you of adherence to it.
Top

Yeah… well I guess he did solve the mysterious second phase of the business plan:
Phase 1: Collect Underpants
Phase 2: ? Be An Asshole
Phase 3: Profit
Top

Silly me, and here I thought it was:

The be an asshole part is just taken for granted.
The fact that you sincerely and wholeheartedly believe that the “Law of Gravity” is unconstitutional and a violation of your sovereign rights, does not absolve you of adherence to it.
Top

The really bad photoshopping might have something to do with it. Or maybe it's not photoshop and the disembodied hand is pushing Trump down.

The disembodied hand on Individual-1’s left shoulder is creepy.

I hope that is not It from the Addams Family. I always thought It was a liberal.
A 19th Amendment Centennial Moment:
The 19th Amendment was first introduced to Congress in 1878, yet it was not approved by Congress until 1919 – 41 years later.
- https://legaldictionary.net/19th-amendment/
Top

Lachlan Markay@lachlan
NEW: Jacob Wohl and Jack Burkman have been trying to recruit young men to falsely claim they were sexually assaulted by Pete Buttigieg.

One recorded their convo and gave us the audio.

Another says allegations published today in his name are bullshit


...A Republican source told The Daily Beast that lobbyist Jack Burkman and internet troll Jacob Wohl approached him last week to try to convince him to falsely accuse Buttigieg, the mayor of South Bend, Indiana, of engaging him sexually while he was too drunk to consent.

The source who spoke to The Daily Beast said Burkman and Wohl made clear that their goal was to kneecap Buttigieg’s momentum in the 2020 presidential race. The man asked to remain anonymous out of a concern that the resulting publicity might imperil his employment, and because he said Wohl and Burkman have a reputation for vindictiveness.

But the source provided The Daily Beast with a surreptitious audio recording of the meeting, which corroborates his account. In it, Wohl appears to refer to Buttigieg as a “terminal threat” to President Donald Trump’s reelection next year.

On Monday, a separate individual using the name of Hunter Kelly published a post on the site Medium in which he alleged that Buttigieg sexually assaulted him in February. That post was tweeted out by David Wohl, Jacob’s father, and quickly re-written by the site Big League Politics, which is known as a landing ground for right wing conspiracy theories.

Kelly declined to provide more details. But two hours later he posted a message to his Facebook timeline headed, “I WAS NOT SEXUALLY ASSAULTED.”

“It's important for everyone to know that I was not sexually assaulted and would never falsely accuse anyone,” he wrote. “To keep it brief for now, I was approached by a political figure to come to DC to discuss political situations from the standpoint of a gay Republican. When I arrived they discussed Peter Buttigieg and started talking about how they would be working a campaign against him.”

“I went to bed and woke up to a fake Twitter @RealHunterKelly and an article that I in no way endorsed or wrote. I have since left and am working on a formal statement to give to everyone including the Buttigieg family.”