So, Twitter doesn't allow bigots, RWNJs, flaming assholes and Jews? Or is it like ordering Chinese, you can pick any 3 from the choices?
Honorary Commander, 699th Airborne Assault Dachshund Regiment
Deadly Sausage Dogs from the Sky
Top

After I filed my lawsuit against CAIR and Twitter last week, Ahmed Mohamed, the Litigation Director for CAIR, posted this on Facebook:

My jaw was on the floor when I read that.

Let me back up for a moment . . .
CAIR and Twitter don’t seem worried at all and it’s probably because they know they can outspend me until I give up and can no longer afford the legal battle.

They’re checking my crowdfunding site that shows we’ve raised $20,569 so far, and I’m sure they’re laughing at the total.

I have total confidence that we can raise the $300,000 we’ll need for this lawsuit.

You and 29,384 other Americans are receiving this message.

If you and just half of the other people on my list donated $19, we’d be there.

Every dollar helps and the sooner we hit our goal, the more time I can commit to my journalism and allow the attorneys to take over.

Thanks so much for all that you do, and please, donate $19 here..

P.S. I have a new video coming out later today and will be sure to forward it your way. In the meantime, please donate to FreeLoomer.com or forward this email to friends and family to recruit their support.

What a grifter. What kind of idiots would flush money down the toilet on her?

I’d rather give it to St. Jude. I gave a ton to various Malheur organizations.
Top

I will give it to a food pantry, but I'd rather take it out and burn it in the grill than give it to her.
Honorary Commander, 699th Airborne Assault Dachshund Regiment
Deadly Sausage Dogs from the Sky
Top

I hope President Trump sees this one . . .

In my latest video, I did my best to show the links between the terrorist group Hamas, CAIR’s Executive Director Nihad Awad, and our newest members of Congress, Rashida Tlaib and Ilhan Omar.

Aside from that direct link to terrorism, my video shows the thin line that separates our national secrets from our enemies.

That thin line has a name: Ilhan Omar.

This Muslim Congresswoman from Minnesota stood behind a podium just a few weeks ago and nonchalantly described September 11th as, “something that some people did.”

September 11th was a terrorist attack by Muslims that . . .

Here’s something that chokes me up: over 100 babies were born after the attack who never had a chance to meet their fathers.

Their grieving mothers were pregnant as the towers fell.

On live television, these women watched their husbands die, placed their hands on their stomachs and felt the immediate burden of their loss both for themselves and their unborn child.

“Some people” didn’t do that. Muslim Jihadists did that . . . and 18 years later, they’ve stopped hijacking planes because they’ve hijacked Congress.

And one in particular, Ilhan Omar, sits on their Foreign Affairs Committee and has access to our national secrets.

Ilhan Omar is that “thin line” that separates our national security from ISIS, Hamas, and any other Muslim group that wants to kill us.

Do you trust her?

Are you willing to tell those 100 children who grew up fatherless that, “it’s okay, she’s an American Congresswoman, we can trust her.”

So watch my video, and after you do, come back to this email and click here to tweet this to President Trump:

"@realDonaldTrump please revoke access of our national secrets from the House Foreign Affairs Committee. @IlhanMN is a member who is Jew-hating Muslim who refuses to condemn terrorists. She has access to our secrets and we cannot risk another 9/11 #NeverForget #freeloomer"

Stay tuned, and if you haven’t already done so, please support my work.

P.S. I also wanted to share some positive news. The Drudge Report added me to its list of journalists! It may not sound like much, but it’s a huge acknowledgement of my work and I wanted to share the great news with you! Well, it's certainly an acknowledgement, just not of what she thinks it is.
The fact that you sincerely and wholeheartedly believe that the “Law of Gravity” is unconstitutional and a violation of your sovereign rights, does not absolve you of adherence to it.
Top

Does she lose what's left of whatever mind she had when Muslims and Jews help each other out whenever either community is attacked?
Top

Screenshot_20190501_064308.jpg
Apparently she periscoped the whole thing, including the Dorsey's address. I'm sure that'll get her back on Twitter. Such a schlub.
You do not have the required permissions to view the files attached to this post.

I hope she gets arrested.
Top

The comments to Will’s tweet explain Jack Dorsey was “Loomered”.
A 19th Amendment Centennial Moment:
The 19th Amendment was first introduced to Congress in 1878, yet it was not approved by Congress until 1919 – 41 years later.
- https://legaldictionary.net/19th-amendment/
Top

This is what she calls "journalism"?
To which Trump replied, Fuck the law. I don't give a fuck about the law. I want my fucking money.
Top

They tookted her twatter away and struck her dumb, well dumber than she was to start with. Poor bunny.
The fact that you sincerely and wholeheartedly believe that the “Law of Gravity” is unconstitutional and a violation of your sovereign rights, does not absolve you of adherence to it.
Top 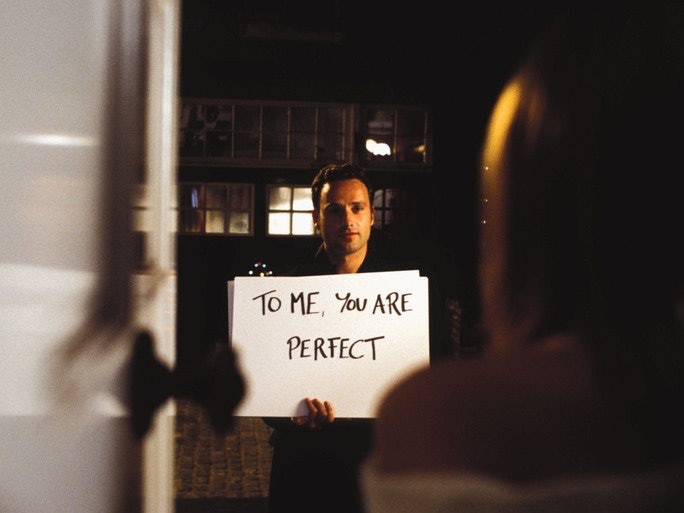 Tiredretiredlawyer wrote: ↑
Wed May 01, 2019 9:49 am
The comments to Will’s tweet explain Jack Dorsey was “Loomered”.

"Loomered" is just crying out for the Dan Savage "Santorum Treatment."
Top

gotta say I'm impressed by the size monitor on the windshield. I'm sure the neighbor's appreciated the generator needed to run it.


Facebook today removed Louis Farrakhan, Alex Jones, Paul Nehlen, Milo Yiannopoulos, Paul Joseph Watson, Laura Loomer, and Infowars from Facebook and Instagram, saying their accounts violated its policies against dangerous individuals and organizations. They will be prohibited from creating new accounts, although Facebook and Instagram users will continue to be able to create posts praising them and their viewpoints, the company said.

Infowars founder Jones was suspended from Facebook last year under rules against bullying and hate speech. In February, the company removed another 22 pages associated with him and his businesses. Jones has continuously promoted fringe conspiracy theories, including baseless arguments that the Sandy Hook elementary school massacre never happened. His followers have stalked and harassed families of the victims, requiring them to move frequently and live in hiding.

Watson is an editor at Infowars and associate of Jones. Farrakhan is the leader of the Nation of Islam and is known for making inflammatory anti-Semitic and homophobic remarks. Nehlen is a white supremacist politician who had previously been banned from Twitter. Yiannopoulos is a far-right provocateur who was banned from Twitter after inspiring a wave of racist abuse. Loomer is a far-right activist who recently called Islam “a cancer on humanity” on her Instagram story. (Instagram removed the post.)

Facebook began removing the accounts at 1:30P ET on Thursday, and some of them were still up at press time.

I guess Zuckerberg gets "loomered" next.
To which Trump replied, Fuck the law. I don't give a fuck about the law. I want my fucking money.
Top

Breitbart' headline was "Facebook Blacklists Prominent Conservatives..." Further down in the article they briefly mention Farrrakhan was also banned.
North-land: of the family 10

ABBC3_OFFTOPIC
Anybody else think of John Cusack?

Her creepy friend @ali will keep us posted, this is cool, the page says loomered -- and it's blank -- she's loomered herself! Ouch?

Gotta have some first. Actually, that is probably one of the few things I don't think she'll or her best bud will EVER be accused of.
The fact that you sincerely and wholeheartedly believe that the “Law of Gravity” is unconstitutional and a violation of your sovereign rights, does not absolve you of adherence to it.
Top It was a text from a liberal reporter with the Daily Beast informing me that I had been banned by Facebook.

I had no idea.

But he was right, I was banned from Facebook and about an hour later, my Instagram account was terminated. I am now offically banned on every single social media platform.

Facebook execs told the press that, “We’ve always banned individuals or organizations that promote or engage in violence and hate, regardless of ideology.”

They called this their policy against “dangerous individuals and organizations.”

I’m beyond upset over this.

Not only did Facebook silence me on their platforms, they defined me as violent and hateful to the national media.

And CNN and others were more than happy to put my photo alongside the vile Jew-hater, Louis Farrakhan who considers me a “termite.”

But they got one thing right . . . I am a dangerous individual.

I’m a clear and ongoing threat to their liberal agenda and Facebook made the decision to ban me and other strong voices well before the 2020 Election to avoid even more controversy in the future.

It’s laughable that Democrats point fingers at Russia over election interference when there exists a pervasive and ongoing effort to silence the most effective voices on the right.

I’m “dangerous” to their agenda.

I’m “dangerous” to their version of the truth.

I’m “dangerous” to their socialist candidates.

Damn right I’m dangerous and what they don’t get is that they aren’t banning me . . . they’re freeing me.

The emails I send to you and others is the only means of electronic communication that I have left aside from my special messaging channel that I’m closing off to only financial supporters (to keep me safe from trolls).

If you can join me on there, donate here and I’ll send you a way to join the secret channel that I post to daily.

And if you can donate today, I can start advertising on other outlets to build up this email list to reach – and influence – even more Americans.

I think we can add one email subscriber for about $.80, so you can make a big impact with your donation.

Donate today and give me a chance to show them how dangerous I can be.

Bolding is her, highlighting is mine. Donation links removed.
To which Trump replied, Fuck the law. I don't give a fuck about the law. I want my fucking money.
Top
Post Reply
440 posts