fierceredpanda
Posts: 2571
Joined: Sun Apr 17, 2016 3:04 pm
Location: BAR Headquarters - Turn left past the picture of King George III
Occupation: Criminal defense attorney - I am not your lawyer, and my posts do not constitute legal advice

David Wohl also expressed frustration that prosecutors […] questioned whether the district attorney’s office rushed to file because the statute of limitations on the charges was running out.

I don't see any problem or cause for concern in the prosecutors respecting statute of limitations deadlines. It would be remiss of them to do otherwise.

There might be a place for statutes of limitations but they shouldn't be a Stay Out Of Jail Free card for rich folk.

Don't get me wrong. I frequently get extremely irritated with prosecutors who wait forever and a day to bring cases against my clients. The passage of time favors the side that has already concluded its investigation and makes it hard for the defense to construct an exculpatory narrative under the best of circumstances, to say nothing of defendants who don't have money.

I have absolutely no objection to a delayed prosecution against a privileged little shit like Wohl, who will (or at least should) have access to the best possible defense thanks to daddy. Unless daddy drinks the Kool Aid and hires someone like Larry Klayman.

The kid who has made a living by publicly accusing people of higher station than himself of criminality - when he isn't also defrauding people - is finding out that what comes around, goes around. My heart breaks for him.

"There's no play here. There's no angle. There's no champagne room. I'm not a miracle worker, I'm a janitor. The math on this is simple; the smaller the mess, the easier it is for me to clean up." -Michael Clayton

Agreed, FRP. I don't know enough about the case to know whether the prosecutors have unnecessarily delayed. And, like you, I wouldn't care if they had, with shits like the Wohls.

For less privileged clients, there are clearly issues when justice is delayed. Maybenaut has written before about the imbalance between the might of the state or federal law enforcement and prosecution machinery on one side and a legally unsophisticated defendant, often with scant resources, on the other.
Top

Gawd he's dumb.
Screenshot_20190905_131703.jpg
You do not have the required permissions to view the files attached to this post.

It just feels like this depth of stupidity can't really be natural. More like he (and his dad) are showing their utter contempt for their marks. Doesn't matter what anyone else thinks, since it's only about extracting money from their believers.
I've heard this bull before.
Top

Well it's the same reason the Presidential Prat uses these stupid Sharpie alterations and other easy things in his cons. His contempt for his marks combined with his laziness makes him do easy to see through alterations as he thinks everyone is stupid, but then his Narcisism means he cant ever admit that everyone saw through his bullshit so he doubles down on the lie.
The difference between the Middle Ages, and the Age of the Internet, is that in the Middle Ages no-one thought the Earth was flat.
Top

I don't know whether this speaks to just how dumb Jakey is, or how dumb he thinks his sucker brigade is, or really, well both. Anyone who keeps getting popped for securities fraud really isn't very smart. You either get better at it, go to jail, or get out. Just plain bone stupid and lazy on top of it.
The fact that you sincerely and wholeheartedly believe that the “Law of Gravity” is unconstitutional and a violation of your sovereign rights, does not absolve you of adherence to it.
Top

Jacob Tix.JPG
You do not have the required permissions to view the files attached to this post.
Hey! Don't miss The Fogbow's Favorite TV Show™ starring the titular Mama June Shannon -- "Mama June: From Not To Hot -- Family Crisis!" New Season coming in March on weTV!
Top

But yunins kids have fun.
To which Trump replied, Fuck the law. I don't give a fuck about the law. I want my fucking money.
Top

Housework would be more fun than this.

I am sure that is the date that our Illustrious Leader, Mr. Soros

expects us to set the New World Order into motion.
Top

fierceredpanda
Posts: 2571
Joined: Sun Apr 17, 2016 3:04 pm
Location: BAR Headquarters - Turn left past the picture of King George III
Occupation: Criminal defense attorney - I am not your lawyer, and my posts do not constitute legal advice

I'd already been moving away from scotch in favor of bourbon anyway. Scotch is getting more and more expensive while distilleries are moving toward non-age-statement (NAS) whisky that is invariably younger than what was on shelves previously. Quality is going down to meet rising demand - thanks, newly rich Chinese billionaires! A while ago, I bought a bottle of my old standby, Macallan 12, and the pleasant sherry flavor I expected had been replaced by a noticeable sulfur taste and aroma. That's a surefire sign that too few sherry barrels are being reused too many times to make too much whisky.

On the other hand, there's a boom of excellent small-distillery bourbon in the US, at much more reasonable prices than anything out of Scotland. Thanks for reinforcing my preexisting predilection, Jacob!

(But I do enjoy the occasional cigar, I confess.)
"There's no play here. There's no angle. There's no champagne room. I'm not a miracle worker, I'm a janitor. The math on this is simple; the smaller the mess, the easier it is for me to clean up." -Michael Clayton

Two Trump supporters are offering a $50,000 reward for information about the national security whistleblower at the center of the Ukraine phone affair.

Controversial conservatives Jack Burkman and Jacob Wohl said they would pay the money for “information relating to the identity of the ‘Trump Whistleblower.’”

No word on whether their flies were fully zipped.


The duo have a sketchy record and made headlines for past efforts to attack the Russia election claims against the president. The Washington Examiner dubbed them "right-wing smear merchants" in a recent story.

Yet they gave them more ink. 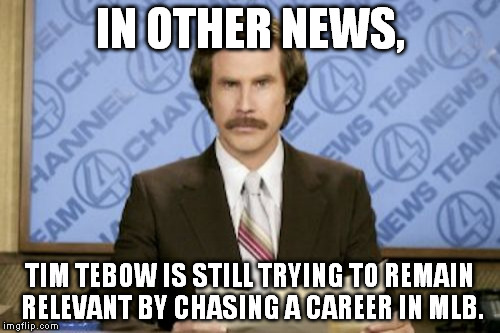 The sad part of that story is that, while its not widely known, I'm sure that there are at least hundreds of people in DC who know, or have a pretty good idea, who it is. I saw a story today in The New York Times that hinted they they knew who it was, perhaps not enough to publish or they were declining to DOX on purpose.
Among the people who work at the White House, it could only have been a few people out of a few dozen, so surely that many people are at least pretty sure who it is, and if that many people know, just one more circle of connections from that puts it in the thousands.

These putzes, if they had half the secret agent connections Jake has wet dreams thinking he has, would be able to find out in a few hours, but since they really don't know shit, well, they get to cry out desperately for attention by offering $50,000 I doubt they have and know for certain they wouldn't pay, because the big important people they do know are people like Laura Loomer and Alex Jones.
Honorary Commander, 699th Airborne Assault Dachshund Regiment
Deadly Sausage Dogs from the Sky
Top

Lolz looks like another driveway press conference garbage trucks and all:

This is EXACKLY what Ukrainegate needed.

She can dance a Cajun rhythm,
Just like a Willys in four wheel drive!

Did they really spend 30 days of August in Ukraine? Don't we have Jakey Boi Instagramming all over not Ukraine all month?
Honorary Commander, 699th Airborne Assault Dachshund Regiment
Deadly Sausage Dogs from the Sky
Top

Yep. Jet setting everywhere but Ukraine. I suppose it was for "security" reasons.

complete with his mobile fence and wallpaper backdrops.

How does Wohl get permission to leave the country while out on bond for a felony?

How did the Miami debate on the yacht go for Wohl and Nicholas Fuentes?

In front of the same fence as is in the backyard.
North-land: of the family 10

Jakey's securities scam having seriously foundered, and the rest of his grifts seeming to not be paying off to all appearances so it is doubtful he has more than enough of the ready to maybe pay for bus fare. Hence his photoshop world tour. Also, too, as was pointed out, being under indictment for securities fraud, in at least one jurisdiction, I would have expected the court to have pulled his passport.
The fact that you sincerely and wholeheartedly believe that the “Law of Gravity” is unconstitutional and a violation of your sovereign rights, does not absolve you of adherence to it.
Top
Post Reply
882 posts