The Joint Chiefs of Staff, the Pentagon body comprising the military’s top generals, issued a memo to the entire U.S. military on Tuesday condemning the Capitol riot and confirming Biden will become the 46th commander in chief of the armed forces on Jan. 20.

In the memo, the top Pentagon brass characterized the violent riot as “a direct assault on the U.S. Congress, the Capitol building and our Constitutional process,” and said the military remained fully committed to protecting and defending the Constitution “against all enemies foreign and domestic.”

“As service members, we must embody the values and ideals of the nation,” the top brass said. “We support and defend the Constitution. Any act to disrupt the Constitutional process is not only against our traditions, values and oath; it is against the law.” 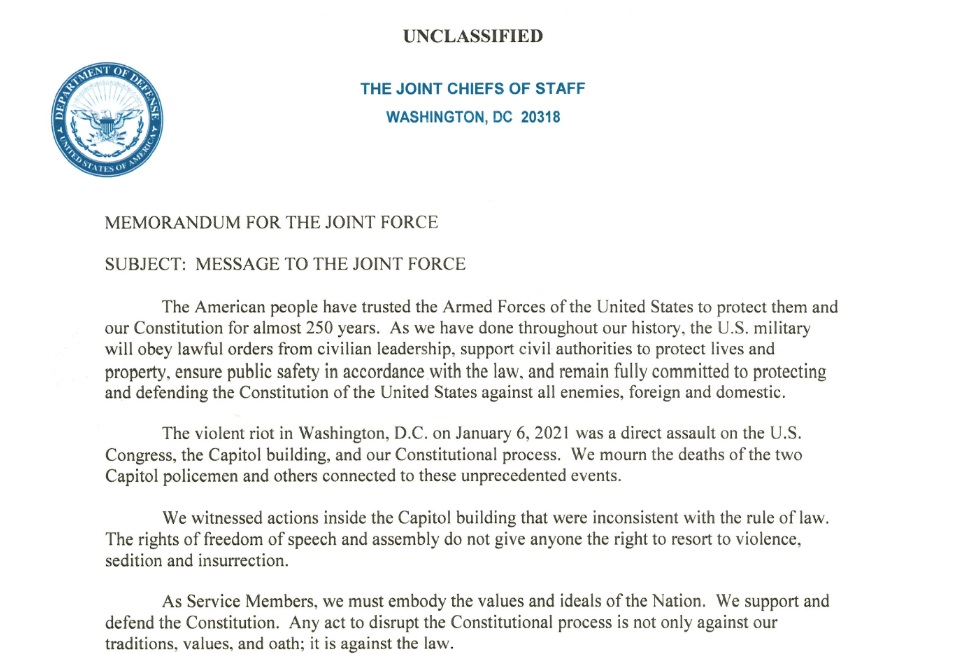 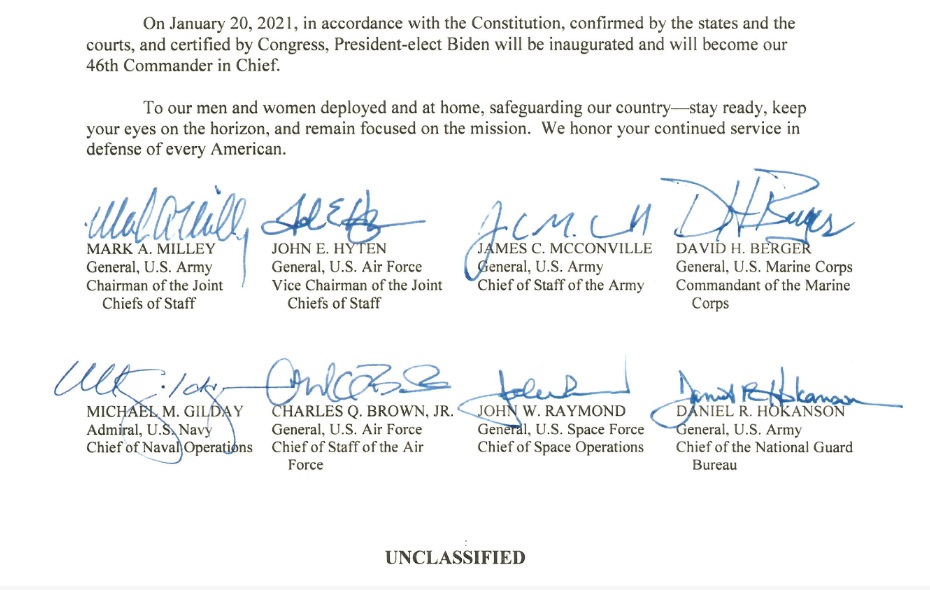 The Joint Chiefs emphasized in the letter that President-elect Joe Biden will be inaugurated on Jan. 20, becoming the 46th commander in chief, and that any acts to disrupt the constitutional process not only violate military values, but the law.