JACKSON, MS (Mississippi News Now) -
Blogger Clayton Kelly, the man at the center of the Rose Cochran photo scandal back in 2014 is out of prison on parole. He was paroled on March 17.

Kelly was accused of sneaking into a nursing home and taking a picture of Rose Cochran, Senator Thad Cochran's wife, on Easter Sunday, 2014. He then used the photo in a video on his blog.

Rose Cochran, who had been at the nursing home for several years, was suffering from early on-set Alzheimer's, she died later that year.

In June of 2015 Kelly pleaded guilty to conspiracy and was sentenced to two year and six months in prison. Because he was a non-violent offender, he became eligible for parole after serving 25% of his sentence. He was up for parole in November but was denied.

The other men involved did not receive jail time, but Kelly had a prior felony drug conviction.

Frail and disoriented, Cochran says he's not retiring
The Mississippi senator faces questions on whether he can continue as chairman of the Appropriations Committee.
By JOHN BRESNAHAN and ANNA PALMER 10/18/2017 04:53 PM EDT

Mississippi GOP Sen. Thad Cochran insists that he is not retiring from Congress, despite widespread speculation about the veteran lawmaker’s health and political future.

The 79-year-old Cochran appeared frail and at times disoriented during a brief hallway interview on Wednesday. He was unable to answer whether he would remain chairman of the Appropriations Committee, and at one point, needed a staffer to remind him where the Senate chamber is located.

“Don’t believe everything you hear,” Cochran said in a low voice when asked whether he plans to retire after 44 years in office.

However, when queried about whether he would stay on as Appropriations chairman, Cochran seemed confused and just repeated the question. “As chairman of the Appropriations Committee?” Cochran asked.

Cochran had to be guided by staffers around a security checkpoint inside the Capitol. He started to walk into a first-floor room — though the Senate chamber is on the second floor. He was then ushered by an aide up to the Senate.

When another reporter asked whether leadership had pressured Cochran to return for a vote on the budget resolution — a key moment in the tax reform debate — Cochran smiled and responded, “It’s a beautiful day outside.” 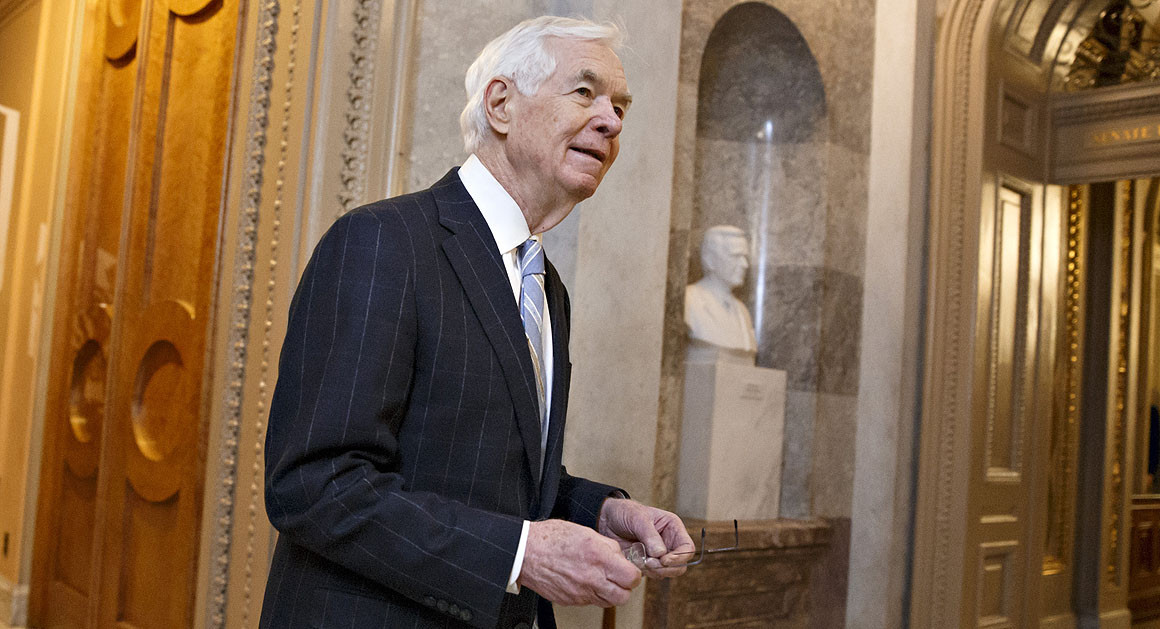