The North Fork has a place in the history of nuclear weapons.


The same can’t be said for the memorable months he spent out east in 1939 when he rented a cottage on Nassau Point in Cutchogue so he could put his sailboat in Horseshoe Cove. Before that summer was over Einstein would sign a letter to President Franklin Delano Roosevelt warning him that the United States couldn’t afford to wait while Nazi Germany was possibly making a nuclear weapon.

Fortunately, Einstein had a big fan in Southold. David Rothman, who had opened Rothman’s Department Store in 1919, hadn’t graduated high school but he had maintained an avid interest in science. He recognized Einstein’s stepdaughter Margot when she entered his store looking for a chisel sharpener (she was a sculptor). Rothman presented it to her as a gift and asked her to convey his “respects to her father,” as he recalled.

The next day, Einstein came into the store himself looking for “sundials.” Or so Rothman thought and he dutifully showed him the one he had in the backyard. Einstein pointed to his feet. He really needed sandals, so Rothman sold him the largest pair he had left: women’s size 11. Einstein, who’d described himself in a letter to a friend as “a kind of ancient figure known primarily for his non-use of socks and wheeled out on special occasions as a curiosity,” gladly wore them all summer, along with a pair of shorts tied around his waist with a piece of rope, and a white sports shirt.

When the 60-year-old scientist had first entered his store, Rothman, then 43, was playing Mozart’s “Symphony No. 40” on his phonograph and they started talking about music. Rothman had begun playing the violin when he was 36; Einstein had started when he was six, but he insisted they play together. The next evening Rothman came out to Nassau Point with his instrument and some sheet music, but he was out of his league almost immediately and so they spent the rest of the night chatting. They clicked, and later Rothman arranged many musical evenings at his Southold home where Einstein and a few friends would play. Sometimes almost a hundred people listened outside, hoping for a glimpse of the famous scientist. The Rothman Department Store is still in business having recently moved to a building next door to its original building which is now Einstein Square.

Actually, the East End (not the North Fork specifically, but pretty darned close) played host to a very important moment in the history of physics as well. In 1947, after the war ended, the people at the highest levels of the American physics community had not met in a number of years, because so many were involved in the war effort and were operating under classification rules that prevented them from discussing any physics, even ideas unrelated to developing the atomic bomb.

Several researchers in New York organized a conference to take place in the summer of 1947, at the Ram's Head Inn, on Ram Island, a small island linked by causeway to Shelter Island on Great Peconic Bay, between the two forks of the east end of Long Island. The Ram's Head Inn is still there today. The physicists took the train from NYC to Greenport, the urban metropolis of the North Fork, then boarded the ferry for the quick trip across the bay, where they were driven to the inn. So they did at least touch down on North Fork soil, so this is on topic after all...

The Wikipedia article (https://en.wikipedia.org/wiki/Shelter_Island_Conference) has a small overview of the key breakthroughs in quantum mechanics that were first discussed there. The small attendee list includes a staggering number of current and future Nobel laureates.

You can still visit the picturesque and remote Ram's Head Inn today, as I did this summer. It was pretty cool to be walking in the same halls where these legends trod. I don't know if they have records to tell you who stayed in the room that you booked that night. If I were to stay overnight there, I'm torn between requesting the Richard Feynman room or the John Von Neumann room.
Top


A new Netflix movie filmed on the North Fork in 2018 about the Gilgo Beach murders which rocked Long Island and led to the desperate search for a serial killer who has never been found is set to debut.

According to imdb.com, "Lost Girls"is set to premiere on Jan. 28 at the Sundance Film Festival and then be shown on Netflix.

According to a filming permit from Always Am Productions, Inc. approved by Southold Town, the crew began on Oct. 26, 2018 at the Kenney's Beach parking lot, continued on Oct. 29 with an actor "leading a march of women" to a gate; filming continued at a private home on Leeton Drive.

One day of shooting included an actor "leading a vigil" at the Kenney's Beach parking lot; on the next day, filming on Leeton Dr. included a "girl running down" the street.

Gilgo Beach is actually located on Jones Beach Island which is one of the barrier islands south of Long Island.

With Netflix's movie about the Gilgo Beach murders about to premiere the Suffolk County Police held a news conference today.


Suffolk police held a news conference this afternoon, releasing images of a belt from the scene of the Gilgo Beach murder case.

Suffolk Police Commissioner Geraldine Hart said the black leather belt was embossed with WH, HM, and they believe it was handled by the suspect and did not belong to any victims.

Police did not reveal the exact location the belt was found in found.

Police are expected to release new information about the unsolved Gilgo Beach murders. 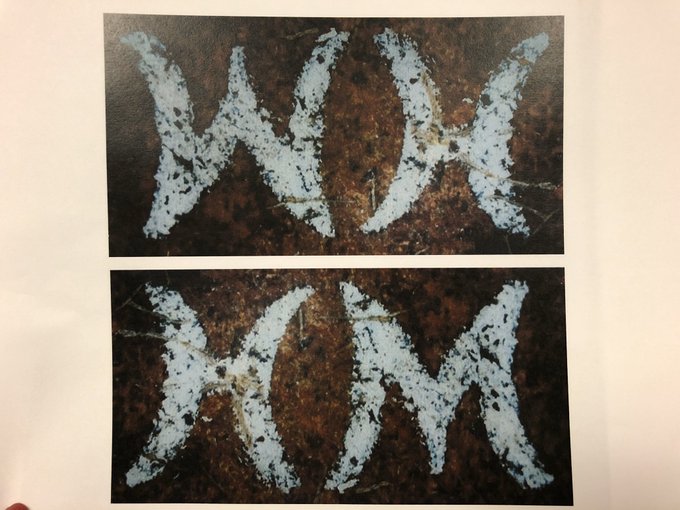 
“There were tons of villages here, a lot more than you can imagine,” says Lisa Cordani, a professor of anthropology and archaeology at Suffolk County Community College and an Aquebogue resident.

“Aquebogue is in the right place. It’s got the right land. You have fresh, brackish and salt water. And you’ve got the cutouts at Mattituck inlet and James Creek. You can go east-west and north-south. This was the center,” she says.

It was a common thing for farmers in the area to find and collect Native American artifacts, Lewin says. There were so many of them, owing to the fact that Aquebogue was populated with so many Native American villages, settled thousands of years before the Europeans arrived. He says he personally knows of several other farm family descendants who also have large collections of artifacts.

“As soon as native people came to this area, they came to Aquebogue. It was called the capital of the North Fork,” he says, explaining: “It had relatively high ground and therefore would stay dry. Also, it’s at the mouth of the Peconic River which had a salmon run. Peconic Bay had 16-foot Atlantic sturgeon, right whales, salmon, herring, abundant fish of all kinds — 50-pound lobsters, crabs, clam beds a quarter mile long and three feet deep. As soon as the native people arrived on the North Fork, they most likely abandoned the seasonal round and began to live a more sedentary lifestyle, which gave rise to more complex life ways,” Horowitz says.

Peconic Bay no longer has 16-foot Atlantic sturgeon, right whales, salmon, or 50 pound lobsters or any lobsters for that matter. There still are herring, crabs and clam beds.

“If everyone fought for their own convictions there would be no war.”
― Leo Tolstoy, War and Peace
Top
Post Reply
1108 posts

Return to “The Lounge”