Not everyone who experiences a cytokine storm will die, fortunately. Such is the case of Jonathan Raskin, a 69-year-old pulmonologist who practices medicine in New York City, and who contracted coronavirus a few weeks ago and is currently in recovery. After self-isolating at home, Dr. Raskin's temperature swelled to 102.8°; he spent several days in the hospital in a very bad state (by his own admission) before slowly recovering. As a pulmonologist, Dr. Raskin's insights into what was happening to his own body are particularly keen, as he had a medical understanding of what was happening as it happened to him.


The primary symptoms I had are quite typical for those who find themselves truly afflicted with the illness: high fever, a dry cough and pain in my throat. Not a classic pharyngitis, rather a sort of aching pain which was intermittent. Subsequently, the fevers really took off and averaged 102.5 over the following days. Headaches, nausea, severe muscle and bone pain, change of bowel habits and a loss of taste and smell all evolved.

My infectious disease consultant arrived and said, "We don't really have well documented therapies that are known to work. It's all speculative as to what to do. Let's try to get you through this without pharmacotherapy." I understood the only clinical data that existed in early March was coming from China and consented. First, I knew better than to try and be my own physician and second, I understood that… what she saying was that they didn't really know what to do.

Three to four days later it turns out that wasn't such a great idea because I crashed again and everyone knew that they had to initiate some therapy. Plaquenil (hydroxychloroquine), as well as an IL-6 inhibitor Tocilzumab, to address cytokine storm. Kaletra, an HIV therapy, was also initiated. Fevers abated soon thereafter…

A 19th Amendment Centennial Moment:
August 26 was proclaimed Women's Equality Day in 1972 by Richard Nixon. August 26, 1920, was date the 19th Amendment was confirmed by the Secretary of State and became law.
Top

The temperatures in Indonesia and Thailand are in the upper 80's into the 90's. Pacific Islands have daily temperatures in the 80's, including Hawaii. It hasn't stopped Covid19 from spreading. I'm not betting on summer to end the problem.
Top

The Times of London - use parked airliners as ICUs 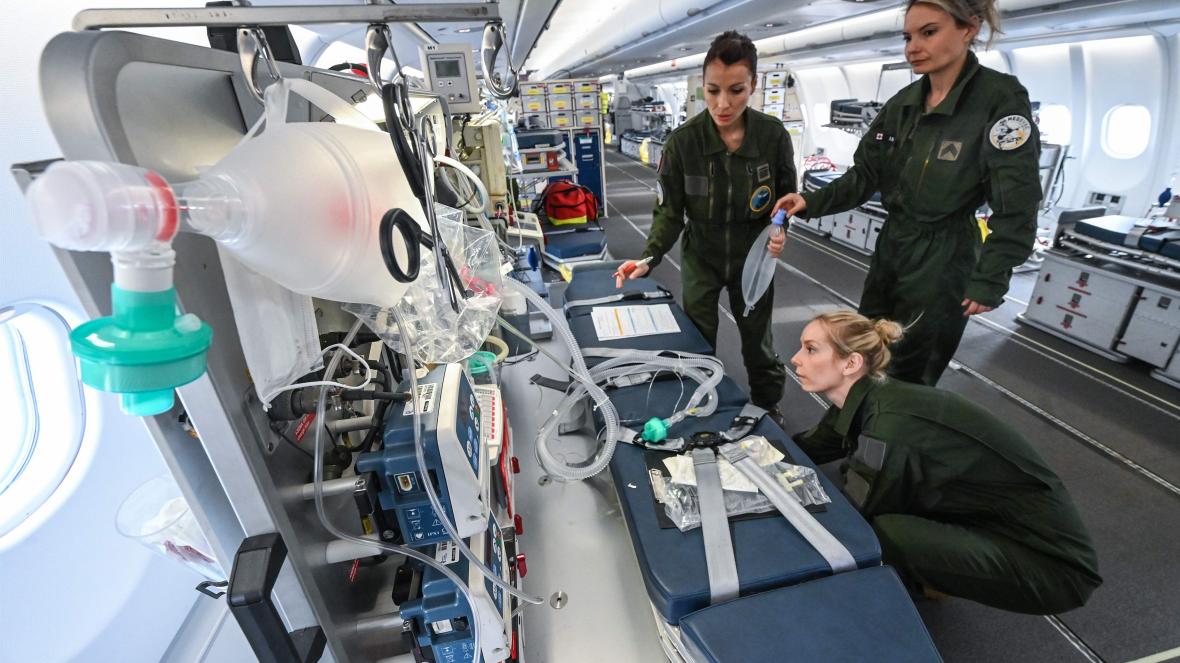 Is there some advantage to using jets in this way? Or does the Times simply have a photo of three hot women and want to include it in a story? It is the Times of London, after all.
Top

The major plus point is the ready available integrated air filtering in the aircrafts. Though I am not sure if that can be operated by ground power only. I guess the APU woud need to run constantly as an emergency backup. But therer are not unlimited aircrafts available. Only the old 747 fleet is good for such an assistance. All other aircrafts that will go back into service are under a dailiy mainentance regime and also need to be moved around from time to time (pressure on the tires), also engines will need to be cycled at inervals.

But my main objection: there are sufficient conference centers all around the country with much empty space and infrastructure. No need to transport patients to far off airfields.
Top

Is there some advantage to using jets in this way? Or does the Times simply have a photo of three hot women and want to include it in a story? It is the Times of London, after all.

I guess a reporter knew something about air ambulances and thinks other aircrafts can be converted at the snap of a finger.
Top

Irish and UK media are reporting that Ireland's Prime Minister Leo Varadkar will be working part time as a medic: RTÉ: Taoiseach rejoins medical register to assist with Covid-19 crisis.

Mr Varadkar worked as a doctor for seven years before leaving the profession to become a politician and was removed from the medical register in 2013.

He rejoined the medical register in March, and offered his services to the HSE [health service] for one session a week, in areas that are within his scope of practice, a spokesperson for his office confirmed.

"Many of his family and friends are working in the health service. He wanted to help out even in a small way," the spokesperson added.

It's understood Mr Varadkar will carry out phone assessments to free up staff for frontline work.

He's not planning on doing a lot, and not on the front line, so an unsympathetic critic might dismiss it as a stunt.

However, having someone with genuine medical education and experience at the helm in this crisis is, I think, something that his country's neighbors, to the east over the sea and the west over the ocean, might envy.
Top

It IS a stunt, but its a valuable one nonetheless.
The difference between the Middle Ages, and the Age of the Internet, is that in the Middle Ages no-one thought the Earth was flat.
Top

Ah, you guessed who I had in mind as an "unsympathetic critic"! 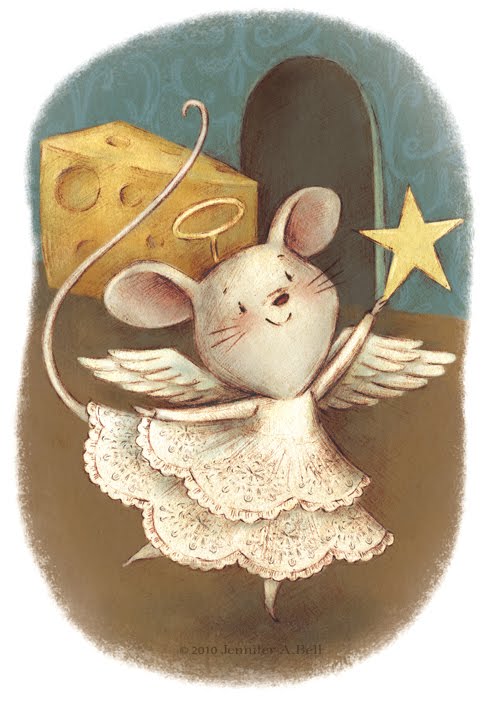 Chris "Self-Quarantining" in California
@CoastalElite28
Newsom is building a consortium of states to buy PPE in bulk, rather than compete against each other and drive up the prices.
9:01 AM · Apr 5, 2020
Top

Stephanie Ruhle
@SRuhle
·
23h
& now we learn @SenatorLoeffler
bought shares of a personal protective gear manufacturer...Whoever this 3rd party financial advisor was, please join me on @MSNBC
tomorrow at 9AM.
This genius & his/her stock picking prowess deserve to be showcased.
Quote Tweet
Barry Ritholtz
@ritholtz
· 23h
WTF? This Georgia senator and her husband bought shares of a company that manufactures personal protective gear around the time she claimed Democrats were misleading the public on the dangers of COVID-19.

Chris "Self-Quarantining" in California
@CoastalElite28
Newsom is building a consortium of states to buy PPE in bulk, rather than compete against each other and drive up the prices.
9:01 AM · Apr 5, 2020

Sounds like a union of states. Maybe call them United States or something.

Isn't Kelly Loeffler's husband the chairman of the NYSE? It seems like someone in that position should be required to have everything in a blind trust to avoid the fairly obvious conflicts of interest, but apparently that isn't the case.
"There's no play here. There's no angle. There's no champagne room. I'm not a miracle worker, I'm a janitor. The math on this is simple; the smaller the mess, the easier it is for me to clean up." -Michael Clayton

A Christian evangelist who mocked the response to the novel coronavirus pandemic has died after likely being infected while preaching on the streets of New Orleans. The city has been hard hit during the pandemic and the recent Mardi Gras celebrations have fueled transmission rates for both tourists and residents.

Landon Spradlin, who ran a musical Christian ministry, took his family with him to New Orleans to “wash it from its Sin and debauchery.” Spradlin became ill while traveling home to Virginia with his wife.

18h
Obama left Trump with fully-stocked warehouses full of pandemic supplies. When Trump says that Obama didn't, Trump is lying.
Inside A Secret Government Warehouse Prepped For Health Catastrophes
More than $7 billion in drugs, vaccines and supplies are stashed in warehouses to be tapped in case of a pandemic or an attack with chemical, biological or nuclear weapons. NPR got a peek at one.
npr.org
Bruce Bartlett @BruceBartlett

Trump should have Federalized PPE / ventilator purchasing then rationed to states on a need basis, 3 months ago.
Top

Trump should have Federalized PPE / ventilator purchasing then rationed to states on a need basis, 3 months ago.

Individual-1 should have resigned.
Top

Yeah they sold off those stockpiles 2017 or 2018 and now they got caught. This is why the feds are running around the ports snatching anything with 3M on the box.
Top

That is an interesting finding in the mouse study. I'll give it a serious look later today. There is reason to be hesitant on gripping too hard on that study...

First, Metformin is highly prescribed and the adverse events noted (death) would have likely been presenting with the moderate sized population who would have been prescribed Metformin and HCQ over the past decades.
So, that's one angle to look at...

Murine studies in this realm are highly unreliable as the area of action of HCQ is endosomal sorting to the lysosomes, and mice and humans don't share some key players (clathrin22, CHC22)--mice don't have that version of clathrin.
The same pathway issues are what cause the retinopathy associated with HCQ--sorting to the lysomes of the heme pigment that should be broken down, but HCQ drastically reduces the efficiency...(kind of like "toxic" age related "liver spots").

Many diabetes studies in mice are also not relevant in humans because of the version of clathrin that transports GLUT4 (the glucose transporter that is moved to the cell membrane with the presence of extracellular insulin) is not present in mice (tho it is in most other vertebrates).


BRIDGETOWN, Barbados, CMC – Barbados’ Health Minister Lieutenant Colonel Jeffrey Bostic has sought to assure the country that there is no shortage of ventilators despite the fact that a shipment of ventilators destined for the island from the United States were recently seized.

Bostic, who was speaking during a press conference on Sunday revealed that the ventilators donated to the Barbados Government as an act of philanthropy were barred from exportation.

“They were seized in the United States. Paid for, but seized, so we are trying to see exactly what is going to transpire there.”

The Health Minister added that ventilators are one of the most in-demand items in the world today and “Barbados is merely wrestling with the other 203 countries and territories around the world seeking to secure as many of these pieces of equipment as possible.”

"To argue with a person who has renounced the use of reason is like administering medicine to the dead." -- Thomas Paine
Top
Post Reply
5281 posts