All these puns make my stomach churn.
Top

Morning Joe w/milk? What would become of you, Mika?
Top 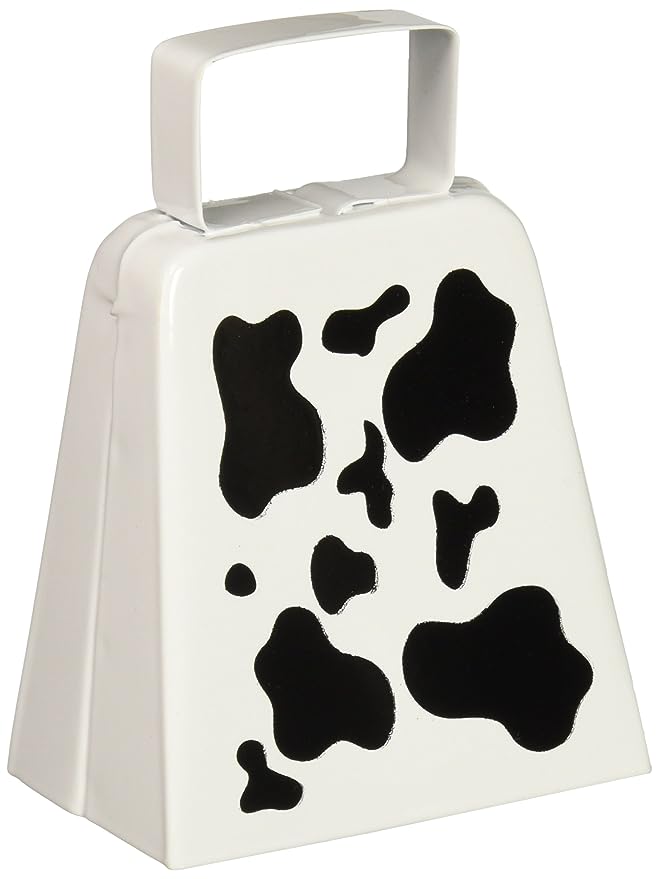 Check out "#ThisIsDevinNunes" for some funny stuff

FIFY.
bring out the tumbrils -- lots of them.
Top

And our heroic cow has topped 500k and is going for one million.

Ice cream!!
A 19th Amendment Centennial Moment:
The 19th Amendment was first introduced to Congress in 1878, yet it was not approved by Congress until 1919 – 41 years later.
- https://legaldictionary.net/19th-amendment/
Top

The bestest thread since sliced bread and election day 2016 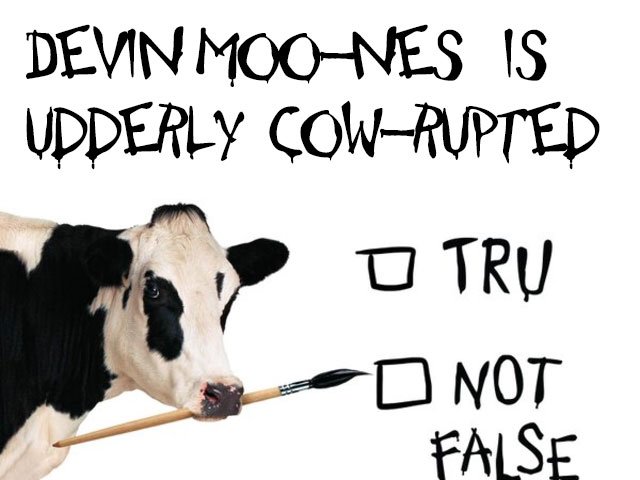 Tsk. If it’s not one thing, it’s your Mudder.

Devvy is just PO'd because the fake cow is MOAR popular than him, and is getting MOAR and better PR.
The fact that you sincerely and wholeheartedly believe that the “Law of Gravity” is unconstitutional and a violation of your sovereign rights, does not absolve you of adherence to it.
Top

No, Foggy's Creepy Bot just sits there being creepy.

An hour ago in the NY Times:


After Devin Nunes Sues @DevinCow, the Twitter Parody Gains a Half-Million Followers
Representative Devin Nunes, a Republican from California, arriving for a closed-door hearing at the Capitol. The Twitter parody account @DevinCow has now surpassed the congressman in popularity on the social media site.
By Laura M. Holson March 20, 2019

Consider this: A parody account pretending to be an imaginary cow owned by Representative Devin Nunes, the California Republican, is more popular on Twitter than the congressman, a day after he sued the account (and Twitter) for $250 million. This is how politics and humor now play out in the strange world of social media.

The parody account @DevinCow had only 1,200 followers on Monday, but it ended Wednesday afternoon with 467,000, surpassing Mr. Nunes’s account with its 395,000 followers. And the count was still growing. By Thursday morning, after news coverage, the gap had widened, with the fake cow breaking the half-million mark and boasting 180,000 more followers than Mr. Nunes.

But there’s more. A website now sells Devin Cow T-shirts. Twitter users have been celebrating with cow-themed items and jokes. Even Mr. Nunes’s fellow legislators showed their support for the errant beast. Ted Lieu, a Democratic congressman from Southern California, told Mr. Nunes on Twitter to “lighten up, dude.” Of course, no one might have heard of @DevinCow if Mr. Nunes had not sued Twitter and other users for defamation on Tuesday, seeking $250 million and an end to online mockery he said no one should have to “suffer in their whole life.”

The cow account, created in August 2017 and apparently inspired by the Nunes family’s dairy farm, has mocked him relentlessly. The treasonous cowpoke is thoughtful to alert us to his tinfoil hat alerts.

— Devin Nunes’ cow (@DevinCow) February 20, 2019
For some, the lawsuit was another reason to poke fun at Mr. Nunes, an ally of President Trump. For others it proved how toxic Twitter could be. Indeed, there was some surprise that a parody account would garner more attention than a publicly elected official.

Fake funny animal accounts with a political twist are a popular Twitter trope. There is one for Larry the Cat, the political mouser who camps out on Downing Street. There, too, is an account for Cats against Brexit. Political satire can often be a stand-in for other things. In the case of @DevinCow, it is dissatisfaction with the policies of Mr. Trump and his supporters. “I’m not so sure what we are seeing is solely a backlash against Nunes,” said Jennifer Jacquet, an assistant professor at New York University and the author of “Is Shame Necessary?” “Instead it echoes a lot of the issues people have” with Mr. Nunes and the president, she said. “They are bullies and thin-skinned at the same time.” (In her opinion.)

A spokesman for Mr. Nunes did not respond to an email seeking comment. But in his lawsuit, the congressman singled out Liz Mair, a Republican strategist who said on Twitter that she would not comment on the lawsuit, and two parody accounts: the cow account and @DevinNunesMom, which was suspended last year. It seems unlikely this case will succeed in court, given longstanding free-speech protections for parody and opinion. Others have tried suing over fake social media accounts.

For example, Tiffany Dehen, a Trump supporter and college student, sued Twitter in 2017 for $100 million over a parody account that impersonated and poked fun at her. The case was dismissed last year. As many were quick to point out, Mr. Nunes soon encountered the “Streisand effect,” in which his efforts to end a nuisance only called more attention to it.

(The name comes from Barbra Streisand’s failed attempt in 2003 to bar people from taking photos of her house.)

Ultimately, Tiffany withdrew the complaint after it was dismissed, the defendants chose not to make her pay the costs. https://www.courtlistener.com/docket/45 ... hen-v-doe/

And of course, there's always...


"Vowing to fight tooth and nail against what he called “an insidious smear campaign,” Rep. Devin Nunes (R-CA) announced Wednesday he was considering filing a defamation lawsuit against his official Twitter account for ruining his reputation. “The figure behind @DevinNunes has disparaged my good name in what appears to be a highly coordinated effort to make me look like some kind of whiny, impetuous idiot,” said the House Intelligence Committee’s ranking member, who accused the verified account of repeatedly posting and sharing content that has portrayed him as “a crackpot with abhorrent views” since the profile was first created in 2009. “The fact that Twitter has allowed this account to exist for nearly a decade is a major testament to the platform’s left-leaning bias. "

Wash. Ex.: Alan Dershowitz: Devin Nunes has ‘no case at all’ in Twitter lawsuit:

Harvard Law School professor emeritus Alan Dershowitz argued Rep. Devin Nunes, R-Calif., has “no case at all” in his lawsuit against Twitter and some Twitter users who mocked him.

“No, he has no case at all, and it is wrong from a political and ideological point of view,” Dershowitz said during an interview with Fox News on Wednesday. “If you don't like what Twitter is doing, create an alternate company. If you don't like what Facebook, you don’t like what any of the others are doing, the American way is competition.”

“If you're a public figure in order to be defamed you have to prove reckless disregard for the truth,” Dershowitz added. “It will be very hard to do.”

When even the Dersh thinks you're pulling a Klayman....

THIS COW IS AN ENEMY OF THE PEOPLE!!!!

THIS COW IS AN ENEMY OF THE PEOPLE!!!!

On a cow related hijack....

As much as I'm enjoying the cow, this lingers in the back of my mind. Trump & friends method of operation is to start with crazy sounding complaints and eventually move into attacks on civil liberties.

Lani wrote: ↑
Thu Mar 21, 2019 4:25 pm
As much as I'm enjoying the cow, this lingers in the back of my mind. Trump & friends method of operation is to start with crazy sounding complaints and eventually move into attacks on civil liberties.

I’ve had this in the back of my mind too. Someone somewhere is not as dense as we like to think.
Top
Post Reply
315 posts