HANGZHOU, China—U.S. President Barack Obama and Russian President Vladimir Putin met Monday for the first time in nearly a year but failed to break an impasse between the two countries over how to reduce violence in Syria.

Talks between U.S. and Russian officials stalled this weekend. After meeting for 90 minutes with Mr. Putin on the sidelines of an international summit of major economies, Mr. Obama said Washington and Moscow haven’t yet bridged their divide on a deal.

“We have had some productive conversations about what a real cessation of hostilities would look like that would allow us both, the United States and Russia, to focus our attention on common enemies,” Mr. Obama said at a news conference following the Group of 20 summit. “But given the gaps of trust that exist that’s a tough negotiation, and we haven’t yet closed the gaps in a way where we think it would actually work.”

The Russian leader, speaking to reporters, said his government would intensify cooperation with the U.S. to combat extremists in Syria and work to repair relations with Washington. “We are up for a full-format recovery of relations with the United States,” Mr. Putin said. 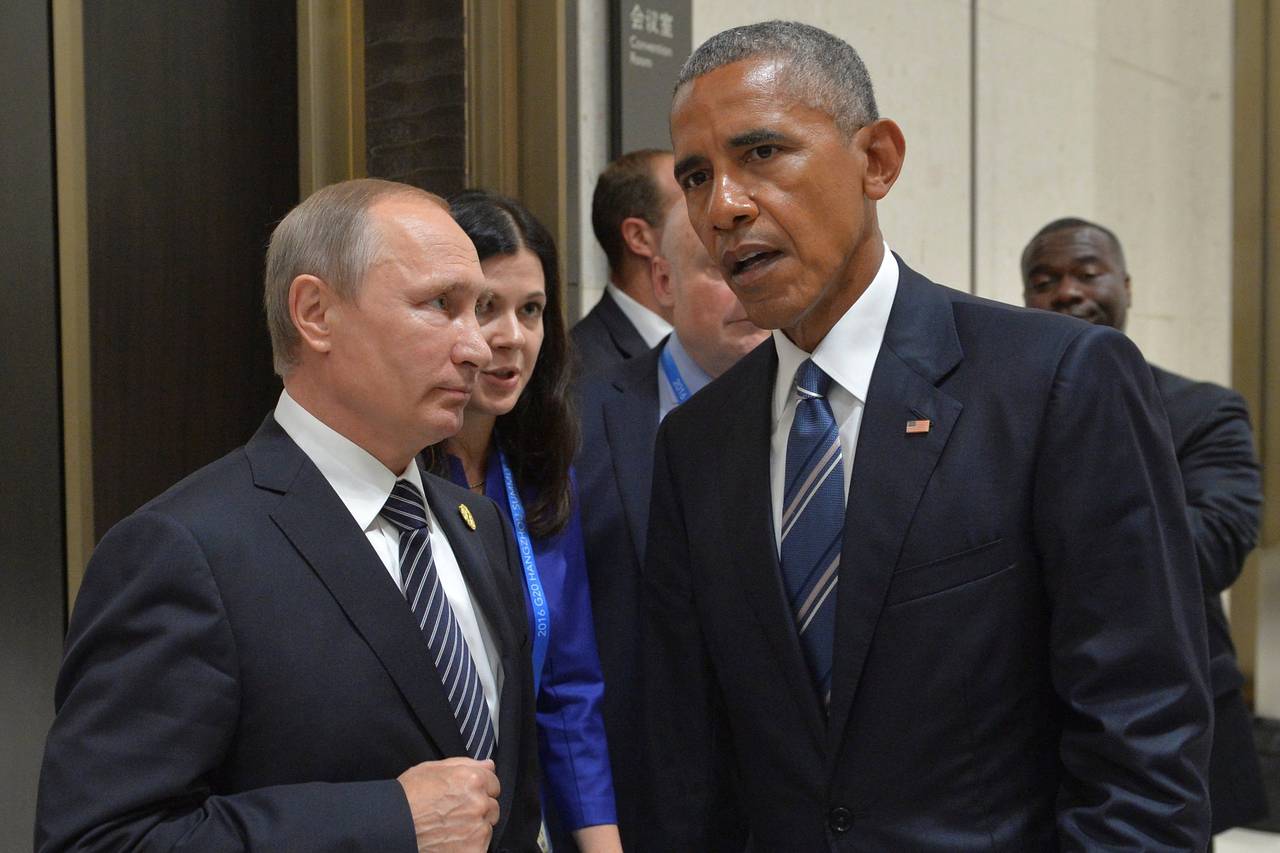 Sterngard Friegen wrote:This just happened in China. I suspect Trump would have melted into orange goo. Love it! Bonus points for the brother in the back.

I want this turned into a "I drink your milkshake" meme.

Okay here's two three versions:
You do not have the required permissions to view the files attached to this post.
The only good Bundy is an Al Bundy.
Top

Karen Walker wrote:I think this could probably use its own thread because it's a BFD when Russian spies try to destroy American democracy by sabotaging an election.

Here are a few links about the hack:

Looking back at this post/thread I made in July is just depressing... and scary.
Top

IMG_2707.JPG
If you can't read the screenshot go to the page & enlarge the image. It is worth it!

You do not have the required permissions to view the files attached to this post.
Top

In the past, Jester has taken down jihadist websites, hacking into communication forums, and identifying potential terrorist threats. Ex-FBI agents have called him "the Batman of the internet." CNNMoney profiled this mysterious vigilante last year.
http://money.cnn.com/2016/10/22/technol ... d=30235860

Ex-Trump Aides Tied to Firm that Tried to Expand Russia's Spying Efforts
Two of Donald Trump’s closest former aides have ties to a firm that tried to help the Russian government spy on its own people, sources told The Post.

just got to see this article, good for the curious:

On March 19 of this year, Hillary Clinton’s campaign chairman John Podesta received an alarming email that appeared to come from Google.

The email, however, didn’t come from the internet giant. It was actually an attempt to hack into his personal account. In fact, the message came from a group of hackers that security researchers, as well as the US government, believe are spies working for the Russian government. At the time, however, Podesta didn’t know any of this, and he clicked on the malicious link contained in the email, giving hackers access to his account.

Months later, on October 9, WikiLeaks began publishing thousands of Podesta’s hacked emails. Almost everyone immediately pointed the finger at Russia, who is suspected of being behind a long and sophisticated hacking campaign that has the apparent goal of influencing the upcoming US elections. But there was no public evidence proving the same group that targeted the Democratic National Committee was behind the hack on Podesta—until now.

U.S. Govt. Hackers Ready to Hit Back If Russia Tries to Disrupt Election

U.S. military hackers have penetrated Russia's electric grid, telecommunications networks and the Kremlin's command systems, making them vulnerable to attack by secret American cyber weapons should the U.S. deem it necessary, according to a senior intelligence official and top-secret documents reviewed by NBC News.

American officials have long said publicly that Russia, China and other nations have probed and left hidden malware on parts of U.S critical infrastructure, "preparing the battlefield," in military parlance, for cyber attacks that could turn out the lights or turn off the internet across major cities.

It's been widely assumed that the U.S. has done the same thing to its adversaries. The documents reviewed by NBC News — along with remarks by a senior U.S. intelligence official — confirm that, in the case of Russia.

U.S. officials continue to express concern that Russia will use its cyber capabilities to try to disrupt next week's presidential election. U.S. intelligence officials do not expect Russia to attack critical infrastructure — which many believe would be an act of war — but they do anticipate so-called cyber mischief, including the possible release of fake documents and the proliferation of bogus social media accounts designed to spread misinformation.

I think one danger is a major Wikileaks kind of story that is absolutely damning to Clinton being released today or tomorrow with no time to discredit it. A long game could have been that the prior leaks were all a setup, they were all more or less true, or not denied anyhow, which built up the credibility of the entire leak fest as a source. "All the other ones were true, this one must be"

I haven't seen this posted elsewhere here. There is very little reporting by the media.


Everything in this country is so goddamn wild right now, it’s easy to miss things. Which is why it’s worth noting that the head of the National Security Agency just openly described Wikileaks as a tool of a “nation-state” (that’d be Russia), which deliberately used targeted leaks to get Donald Trump elected.

Admiral Michael S. Rogers is the head of the National Security Agency and the Commander of the U.S. Cyber Command. Here he is onstage at a Wall Street Journal conference held on Tuesday, giving a pretty good indicator of how the intelligence community of the United States feels about Wikileaks: [video clip]

"A conscious effort by a nation-state to attempt to achieve a specific effect" NSA chief on WikiLeaks http://on.wsj.com/2geEat1 #WSJCEOCouncil

There is a radio clip at this link that clarifies Rogers was answering a question specifically about the DNC and Podesta hacks. http://www.wnyc.org/story/nsa-chief-for ... ion-hacks/