Flynn too, but I bet he is now a witness for the govt.
Top

Cotton: "Do you believe Donald Trump colluded with Russia?"

Comey: “That’s a question I don’t think I should answer in an open setting.”

In other words, yes.

Looks like I picked a bad week to run out of popcorn.
Hubs (and me) at the Rockabilly Fest

I think those answers of "I cannot answer that in an open session" (or something along those lines) might be innocuous, and there might be no "there" there, but it looks bad. It sounds like (to my layman's ears) that there is something there but it's classified.
I have learned silence from the talkative, toleration from the intolerant, and kindness from the unkind; yet, strange, I am ungrateful to those teachers.

Chilidog wrote:Cotton: "Do you believe Donald Trump colluded with Russia?"

Comey: “That’s a question I don’t think I should answer in an open setting.”

In other words, yes.

Isn't this the first time it hasn't been "the campaign" or campaign staffers? This is the man himself.
Top

I think a PAC can do advocacy but a Super PAC can't, watching the testimony but will check it later. 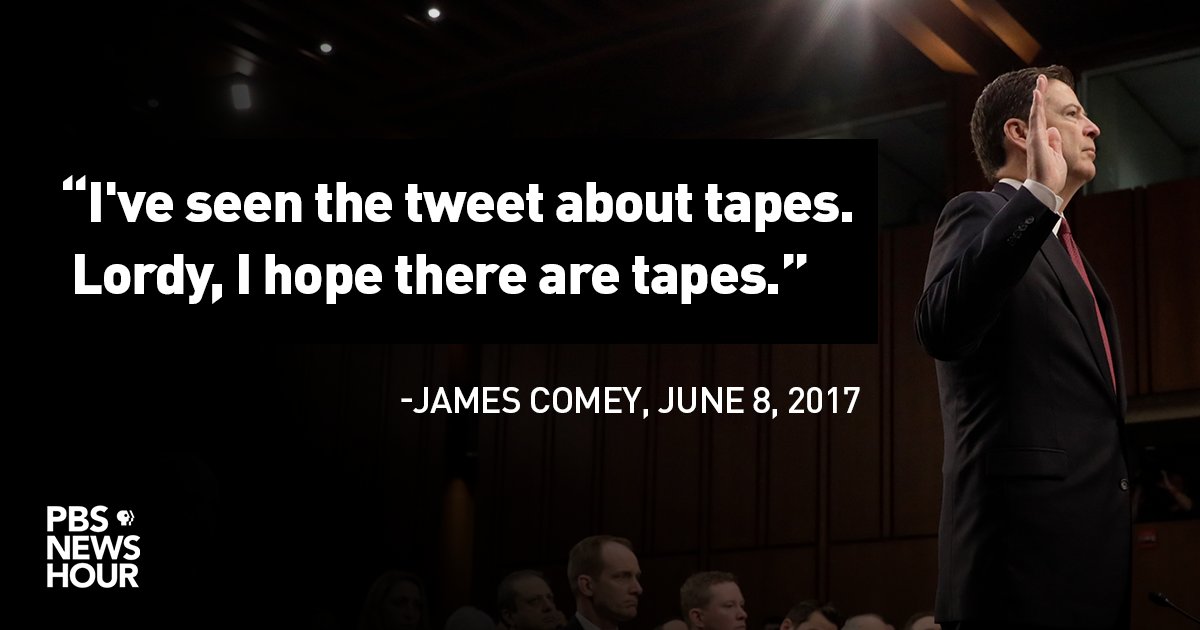 Yep, Cornyn is going to go after him.
Top

What is this they're trying to twist?
Top

Lordy, I hope there are tapes!
Top

Jez wrote:I think those answers of "I cannot answer that in an open session" (or something along those lines) might be innocuous, and there might be no "there" there, but it looks bad. It sounds like (to my layman's ears) that there is something there but it's classified.

Comey believes that if he answers no, and then learns of additional information, there's a duty to correct. (Hence his October surprise last year.)

1. Comey activiely tried to elicit the appointment of a Special Counsel.

2. He has gone out of his way to stress that he understood the Flynn meeting to be a directive to end the investigation of Flynn.

3. He has, exolicitly and implicitly, called Trump a liar so many times I lost count.

1. He slammed Trump explicitly in comparison to Obama regarding their different attitudes towards the Russian intrusion into the election.

2. He was clear that while not admitting the Kushner "back channel," what a gift it would have been to the Russians,
"Hell, I would wear a dress and ruby red slippers all year if we can prove this" - Mike Zullo
Top

pipistrelle wrote:Lordy, I hope there are tapes!

I can't remember the names of the guys I flew with 2 days ago.

Don't feel too bad about that, GG. Despite my superior memory I don't know either.
Top

McCain is a doddering Senator. What is he going on about?

Get him gone, he's way past his prime.

I believe we are watching John McCain have a stroke in real time.
"Hell, I would wear a dress and ruby red slippers all year if we can prove this" - Mike Zullo
Top

McCain is incoherent and confused.
Top

What is McCain going good on about? Hilary?
Top

I think he's trying to ask if the investigation was about Russian interference in the 2016 elections, why is he only investigating 1 candidate.
Top

The other senators as McSame was stroking out...

Painful.
"Hey! You know, we left this England place because it was bogus. So if we don't get some cool rules ourselves, pronto, we'll just be bogus too." - Thomas Jefferson
Top

Senator McCain simply wants to know why Hillary Clinton is not being investigated for colluding with the Russians to interfere in the election last year. Her "collusion," apparently, was to keep all her emails on a private server. So the Russian hack was her fault.

Why don't you guys get that? Mrs. Clinton allowed Trump to win because of her collusion. So it's her fault, not the fault of the Russians or the Trump campaign.

Damn. Sounds like a bad time for me to have had to leave my computer. I missed McCain's stroke. I hope the entire testimony will be available later, I think C-SPAN keeps them all?
"I know that human being and fish can coexist peacefully"
--- George W Bush

Yeah, and look how that ended up.

I'm thinking that Trump is really puzzled over that one.

"What priest! Is the Pope behind this?"

I've only been listening on and off all morning, but I heard McCain's questioning while in the car a while ago. My god, he sounded like a doddering old fool, and I wondered how many eyes across America were rolling up into their heads.

He actually implied (whether he intended it or not) that Hillary Clinton had been investigated for colluding with Russia. I thought maybe I was reading too much into it, but then Comey actually made a point of stating that the FBI never had a reason to investigate Clinton for that.