Just when things might be easing we now have aggressive cannibal rats.


The US Centers for Disease Control and Prevention has warned of “unusual or aggressive” behavior in American rats as a consequence of more than two months of human lockdown for city-dwelling rodents who now find themselves unable to dine out on restaurant waste, street garbage and other food sources.

Last month, according to the national health body, dumpster-diving rats were observed resorting to eating their young in the wake of urban shutdowns.

“Community-wide closures have led to a decrease in food available to rodents, especially in dense commercial areas,” the CDC said in recently updated rodent-control guidelines.

Elevated levels of rat aggression has been observed in New York, where there are increased reports of cannibalism and infanticide, and New Orleans, where unusual rat behavior was caught on CCTV.

Thought I was clicking on Orly's Poopies thread and this showed up, took a minute! Maybe these topics should be merged

I remember this story from last month, reminded me of birthers and sovcits on the rat battles

But many other rats are not faring as well, said Corrigan, who works as a consultant for several city health departments and businesses, such as airports and shopping malls.

"A restaurant all of a sudden closes now, which has happened by the thousands in not just New York City but coast to coast and around the world, and those rats that were living by that restaurant, some place nearby, and perhaps for decades having generations of rats that depended on that restaurant food, well, life is no longer working for them, and they only have a couple of choices."

And those choices are grim. They include cannibalism, rat battles and infanticide.

"It's just like we've seen in the history of mankind, where people try to take over lands and they come in with militaries and armies and fight to the death, literally, for who's going to conquer that land. And that's what happens with rats," he said. "A new 'army' of rats come in, and whichever army has the strongest rats is going to conquer that area."

Rats whose food sources have vanished will not just move into other colonies and cause fights over grub. They will also eat one another.

"They're mammals just like you and I, and so when you're really, really hungry, you're not going to act the same — you're going to act very bad, usually," he said. "So these rats are fighting with one another, now the adults are killing the young in the nest and cannibalizing the pups."

I can't fault the rats much. Humans have done that in dire circumstances also, too.
Top

I recently saw the Life Without People program on National Graphic or some such channel again. Without people, rat populations will crash and be much less of a problem for anything.
"To argue with a person who has renounced the use of reason is like administering medicine to the dead." -- Thomas Paine
Top

the biggest rat of all 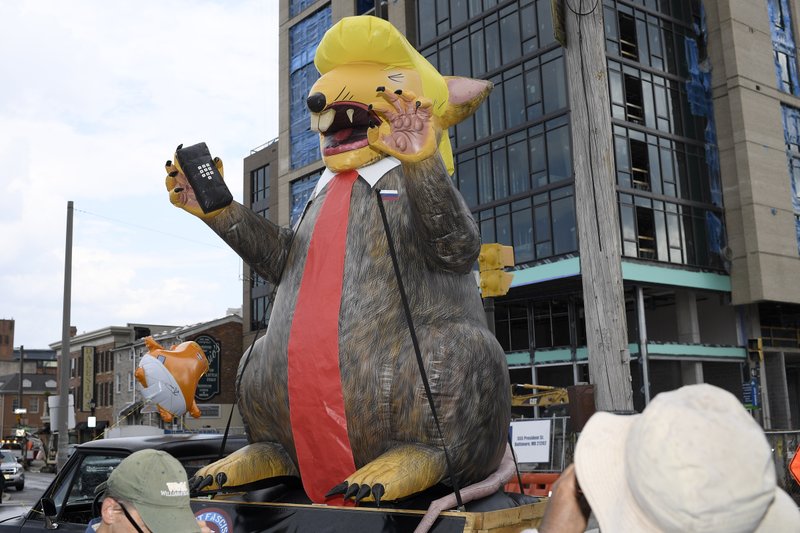