Editor's Note: "On Sunday April 14 at 6 p.m. ET, CNN will host a town hall with Marianne Williamson, a Democratic candidate for president in 2020. She is also a bestselling author, activist and spiritual lecturer. The views expressed in this commentary belong to the author. View more opinion at CNN."


(CNN) During my 35-year career working with individuals and groups going through traumatic experiences, I have helped people navigate the consequences of an irresponsible political establishment. As a result, I have strong ideas about some of the things that have gone wrong in America and how to help us heal.

While I have spent my career empowering people and turning them into leaders, Washington has been disempowering people and turning them into followers. The stress and anxiety that has become so endemic in American society, due to chronic economic and social despair, has fostered a population disconnected from civic engagement. Today, this chronic disempowerment represents a threat to our democracy.

Relatively few Americans have abused their rights at the expense of the many, turning the US government into their own personal playground. From tax cuts that benefit only the wealthiest among us, to corporate subsidies that aid industries (oil, big pharma, agribusiness, etc.) already profiting to the tune of billions, money has been sliding for decades away from expenditures that support the public good to expenditures that support the lucky few.

Though American politicians continues to say we are a democracy, we are sliding ever more dangerously into a veiled aristocratic system. The mindset of the new aristocracy has not only imbued our politics -- it has hijacked America's value system, leading us to swerve from our democratic and deep human values. We have forgotten that public morality even matters.

Marianne Williamson, Longtime Wacko, Is Now a Dangerous Wacko
For decades, Williamson said that medicines don’t cure disease but positive thinking does. Now she’s taking her quackery to a new and dangerous level: the anti-vaxxer conspiracy.


To most observers, Marianne Williamson’s quirky presidential candidacy is a footnote. She’s running at around 1 percent in the polls. Few Americans know who she is, even though she’s written a few best-sellers and has managed to qualify for the 20-person Democratic debate squad next week.

But that may change thanks to Williamson’s anti-vaxxer statement last week that policies requiring children to get life-saving vaccines is “Orwellian” and “draconian” and that the issue is “no different than the abortion debate.”

Now she’s headline news—at least in the context of the noxious, moronic, false, and dangerous anti-vaxxer conspiracy theory, which now has a Democratic presidential candidate backing it. (Donald Trump, of course, has backed it for years.)

The main point is: None of this is new for Williamson. For 30 years, she’s been peddling dangerous, anti-scientific garbage: specifically, the warmed-over “New Thought” teaching that you can manifest your own reality by thinking it to be so.

Cra-cra. She's already an "also ran" in my history books.
To which Trump replied, Fuck the law. I don't give a fuck about the law. I want my fucking money.
Top

Everybody knows that once you have a disease you need the medicine. She has it all bassackwards. You don’t GET the disease in the first place if you don’t acknowledge it’s existence!

The Bahamas, Florida, Georgia and the Carolinas...may all be in our prayers now. Millions of us seeing Dorian turn away from land is not a wacky idea; it is a creative use of the power of the mind. Two minutes of prayer, visualization, meditation for those in the way of the storm
8:21 AM · Sep 4, 2019·Twitter Web App 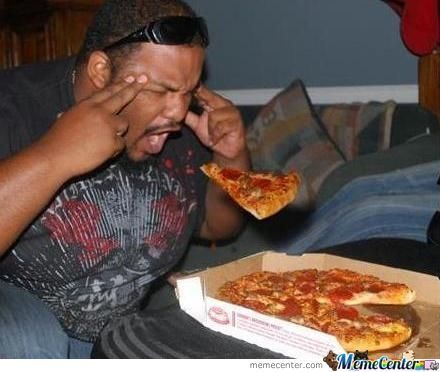 She replaced her tweet with this and removed most of the cra-cra.

Prayers for the people of the Bahamas, Florida, Georgia and the Carolinas. May the peace of God be upon him and their hearts be comforted as they endure the storm.

We ask ourselves, who am I to be brilliant, gorgeous, handsome, talented and fabulous? Actually, who are you not to be?

Yeah, I'm not taking her off the official list until she makes it official. She can campaign with no staff.

voxpopuluxe wrote: ↑
Fri Jan 10, 2020 2:32 pm
delighted to see that Williamson can get back to the important work of contacting the Canopeans now

Are those aliens who traveled here in a can of peas?

voxpopuluxe wrote: ↑
Fri Jan 10, 2020 2:32 pm
delighted to see that Williamson can get back to the important work of contacting the Canopeans now

Are those aliens who traveled here in a can of peas?

To enslave us human beans?

I luvs me some Fogbow puns!
A 19th Amendment Centennial Moment:
The 19th Amendment was first introduced to Congress in 1878, yet it was not approved by Congress until 1919 – 41 years later.
- https://legaldictionary.net/19th-amendment/
Top
Post Reply
20 posts • Page 1 of 1